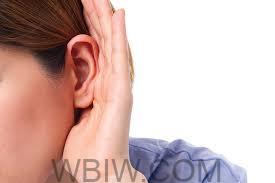 UNDATED – Tuesday, the U.S. Food and Drug Administration issued a landmark proposal intended to improve access to and reduce the cost of hearing aid technology for millions of Americans.

The agency proposed a rule to establish a new category of over-the-counter (OTC) hearing aids. When finalized, the rule would allow hearing aids within this category to be sold directly to consumers in stores or online without a medical exam or a fitting by an audiologist. The proposed rule is designed to help increase competition in the market while also ensuring the safety and effectiveness of OTC and prescription hearing aids.

The action follows President Biden’s July Executive Order on Promoting Competition in the American Economy, which called for the FDA to take steps to allow hearing aids to be sold over the counter. This effort also builds on the Biden-Harris Administration’s goal of expanding access to high-quality health care and lowering medical care costs for the American public.

“Reducing health care costs for everyone in America is a top priority,” said Health and Human Services Secretary Xavier Becerra. “Today’s move by FDA takes us one step closer to the goal of making hearing aids more accessible and affordable for the tens of millions of people who experience mild to moderate hearing loss.”

Approximately 15% of American adults (37.5 million) age 18 and over report some trouble hearing. However, despite the high prevalence and public health impact of hearing loss, only about one-fifth of people who could benefit from a hearing aid use one. The proposed rule aims to address barriers to use, including cost, access, social stigma related to hearing loss, the perceived value of the devices, or certain state and federal regulations.

Many hearing aids can be expensive. The rule aims to facilitate innovation and increase competition by lowering the barriers to entry for new hearing aid manufacturers. Under the proposed rule, hearing aids would be sold over the counter in more traditional brick-and-mortar retail stores or online (rather than doctors’ offices or specialty retail outlets) and will likely be less expensive than those currently sold – giving consumers greater choice at lower prices.

The proposed rule implements a key provision of the Over-the-Counter Hearing Aid Act, as enacted in the FDA Reauthorization Act of 2017. President Biden’s Executive Order on Competition included a timeline for action, and the FDA has now issued the proposed rule ahead of that schedule.

Hearing loss can be caused by aging, exposure to loud noises, certain medical conditions, and other factors. Individuals with permanent hearing loss can use hearing aids to help make speech and sounds around them louder, enabling more effective communication with others.

“Hearing loss has a profound impact on daily communication, social interaction, and the overall health and quality of life for millions of Americans,” said Acting FDA Commissioner Janet Woodcock, M.D. “The FDA’s proposed rule represents a significant step toward helping ensure that adults with mild to moderate hearing loss have improved access to more affordable and innovative product options. The new regulatory category will provide the public with greater control over their hearing aid purchasing decisions at stores nationwide or online without the need for a professional hearing exam, fitting adjustment or a prescription.”

To coincide with the proposed rule, the FDA also issued updated draft guidance, Regulatory Requirements for Hearing Aid Devices, and Personal Sound Amplification Products (PSAPs). The draft guidance describes hearing aids, PSAPs, their respective intended uses, and regulatory requirements that apply to both types of products. The draft guidance is intended to provide further clarification regarding the differences between PSAPs, which help people with normal hearing amplify sounds, and hearing aids and to inform consumers that PSAPs are not considered OTC alternatives for hearing aids.