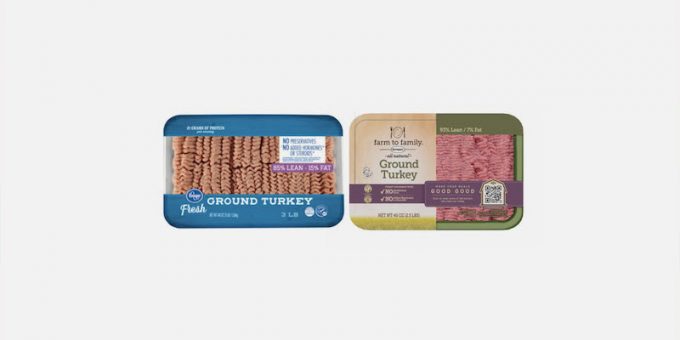 INDIANA – Butterball issued a recall on more than 14,100 pounds of ground turkey products after consumers told food safety regulators that they found pieces of blue plastic embedded in their raw ground turkey.

The items being recalled are the company’s 2.5-pound “farm to family Butterball all-natural Ground Turkey” trays with a sell-by date of October 18, and the three-pound “Kroger Ground Turkey” trays with an October 17 sell-by date. Those items were produced on September 28, according to a press release from the US Department of Agriculture’s Food Safety and Inspection Service.

FSIS, which said that the turkey meat “may be contaminated with extraneous materials,” urged consumers who bought it to avoid consuming it. “These products should be thrown away or returned to the place of purchase,” the agency said in a press release.

So far, the inspection service has received no confirmed reports of consumers getting injured or made ill from eating the turkey, the agency said.