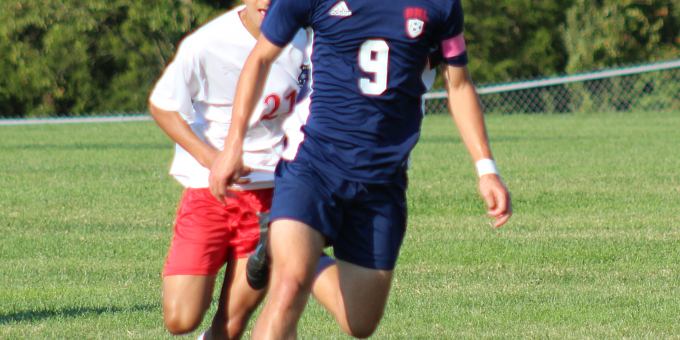 MADISON – Bedford North Lawrence broke out of its brief offensive funk and broke away in the second half for a 4-3 victory over Madison during boys high school soccer action on Saturday.

The Stars (6-4-2) snapped a 2-2 deadlock with two goals after intermission and withstood a late, desperate surge by the Cubs to post their third win in the last four matches.

“It was our best game and best effort since the Bloomington North game (a 0-0 stalemate on Aug. 28),” BNL assistant coach Ryan Otis said. “The kids came out to play today. We had a few lapses on the defensive side, and it seems like when we play Madison it’s always a back-and-forth heavyweight fight.

“It was again. We’ve been struggling to find goals, so it was good to have an offensive explosion.”

Clayton Burgess got the Stars started with a rebound shot, off a Danny Cline assist, at 23:23 of the first half. Madison’s Ian Eiriksson countered with a goal at 17:53, but Josh Anderson won a race following a long Joe Brazzell clearing pass for a goal at 13:53. The Cubs came back for the 2-2 tie with Henry Grote’s score at 9:01.

BNL controlled the second half. Grant Beyers converted a header off Billy Cline’s corner kick for the go-ahead goal at 25:30, and Karter West buried a 30-yard shot from the right wing (with Drew Davis setting it up) for a key insurance score with 1:41 left. Madison added a late goal by Ramon Alvarado Paz with 29 seconds remaining.

The Stars will visit Seymour on Thursday.