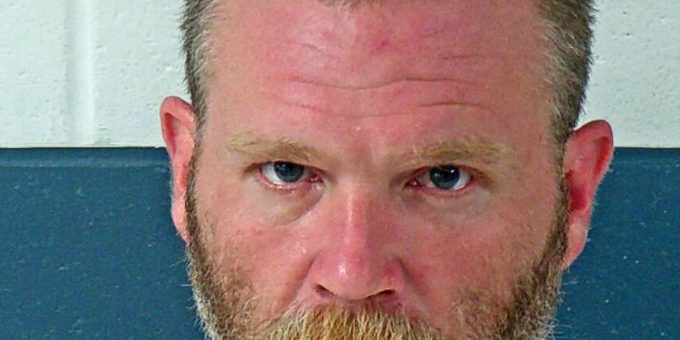 MITCHELL – A Mitchell man was arrested early this morning when Lawrence County Sheriff’s Department deputies were called to a home in the 10 block of Rager Road after several calls of a domestic dispute.

When police arrived they found a female and 45-year-old Daniel McNulty standing on the porch.

When the male saw the officer he jumped from the porch and ran behind the home. An officer located McNulty walking north on Meridian Road and he was ordered to stop.

McNulty told the officers he was at the home to speak to his girlfriend. The couple had been arguing. Witnesses and the female told police McNulty was told several times to leave but he refused.

Police then learned there was a protective order in place preventing McNulty from being at the residence.

He was arrested on a charge of invasion of privacy.