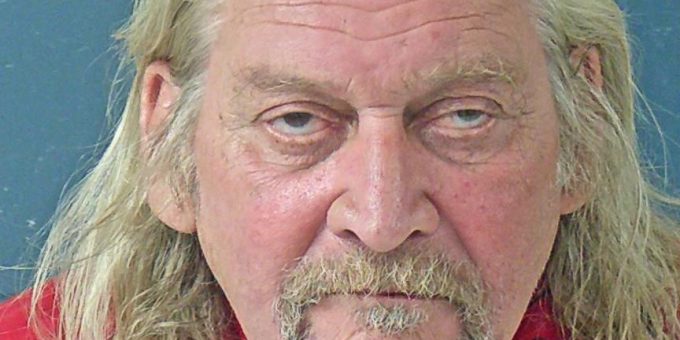 OOLITIC – A former Oolitic man was arrested after Oolitic Police Department investigated a complaint of an injured kitten.

On Friday, June 25, 2021, a woman reported she had been feeding a black kitten and now the kitten was missing. She told Oolitic Town Marshall Jon Jeffries that she captured 65-year-old Randy George on security video beating the kitten with a shovel on June 22. A couple of days later the kitten wandered on her porch and she took the kitten to a local veterinarian and was told the kitten had been shot in the head with a BB gun. The kitten also suffered a ruptured eardrum.

Police spoke to George on August 17th and he was asked about the kitten. He admitted he had killed one cat. He said the cats were defecating in his yard and tearing up his garden.

The information was forwarded to the Lawrence County Prosecutor’s office and a warrant was issued for George’s arrest on a charge of torturing or mutilating an animal.