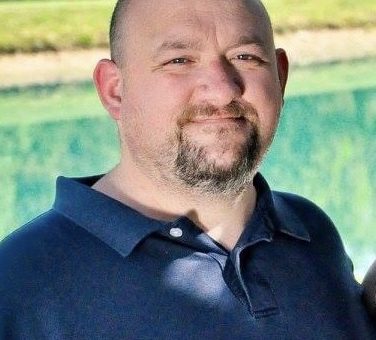 Born on June 17, 1973, in Lawrence County, he was the son of Stephen and Debra (Hearth) Starr. He married Marcy Key on July 26, 2008, and she survives. He attended the Oolitic Church of Christ.

Mark was a 2001 Graduate of Indiana University. He taught for 19 years in the North Lawrence Community Schools Corporation as an Industrial Technology and Social Studies teacher at Bedford Middle School (BMS) and in the LEAP program at Bedford North Lawrence (BNL) High School. He spent many years coaching girls’ basketball at BMS and as a freshman girls coach at BNL.

He served as an inspiration for his many students and a trusted colleague to his fellow teachers. Mark made the world a better place because of his humor, kindness, and support for everyone around him.

Mark was a loving husband, father, son, brother, uncle, and a friend to everyone lucky enough to have met him. He was an avid sports fan and loved following his Indiana Hoosiers, Chicago Cubs, Green Bay Packers, and Liverpool FC.