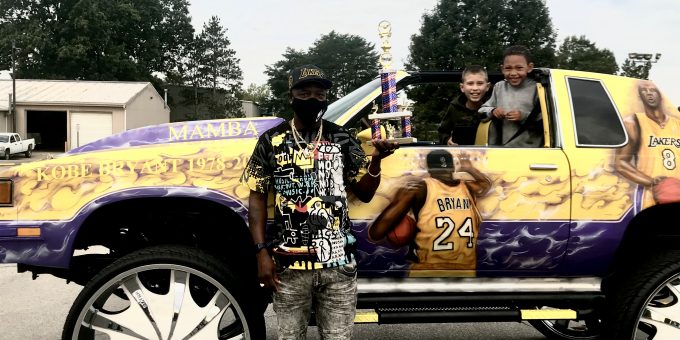 The weather was perfect for both the car show participants and the attendeees.

Everything from T-buckets to motorcycles were shown at this year’s car show.

“We always tell people if it has wheels and a motor bring it,” said Dorsett.

“He really wanted this car for several months, and the previous owner finally got a hold of him and he purchased the vehicle in 2017,” said Jessica Shipley.

Shipley refurbished the undercarriage, the interior and the added curb appeal to the exterior of the car by adding a Kobe Bryant theme.

“I was such a big fan of his and I dedicated the car to him,” said Michael.

It took Michael a full four years to be satisfied with his car. Shipley rounded out the cars wish list by adding disc brakes.

“I hope to get it out a lot and let people see it. I want to show people I was real Kobe Bryant fan. I miss him and hope people in L.A. see it,” said Michael.

The following trophies were awarded to: