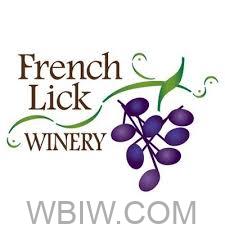 WEST BADEN – French Lick Winery, one part of the French Lick Wine and Spirits that also operates Spirits of French Lick distillery, is celebrating its 25th Anniversary, one year late due to COVID restrictions posed in 2020.

The celebration will run from 11:00 a.m. until 5:00 p.m. Eastern time on Sunday, September 12th at their location at 8145 West Sinclair Street in West Baden.

Several vendors will be set up with product samples and demonstrations, including Drift Coast Italian, Tell City Pretzels, Tailgaters Beer Mustard, Kenny’s Farmhouse Cheese, Jasper Flowers & Gifts, Make and Muddle, and Self Love Soap Club. Musical entertainment from The Echo’s will be from 2 p.m. until 5:00 p.m.

Indiana’s Southern Classic Hits WQRK 105.5 will be present with prize giveaways for guests who register to win during the celebration.

As part of their anniversary celebration, head winemaker and owner Nick Doty has bottled two new anniversary wines. La Donna Rossa is a dry red blend and Winemaker’s Cut Blackberry is a semi-sweet blackberry wine. These will be available on Sunday for tastings and purchase.

The winery is also pre-selling special 25th Anniversary ‘swag bags’ including an engraved stemless wine glass, wine stop, gourmet chocolates, and a complimentary glass of the anniversary wine. Orders can be placed on frenchlickwinery.com and will be available for pick up on September 12th.

French Lick Wine and Spirits welcomes everyone to stop in and help them celebrate their silver anniversary.