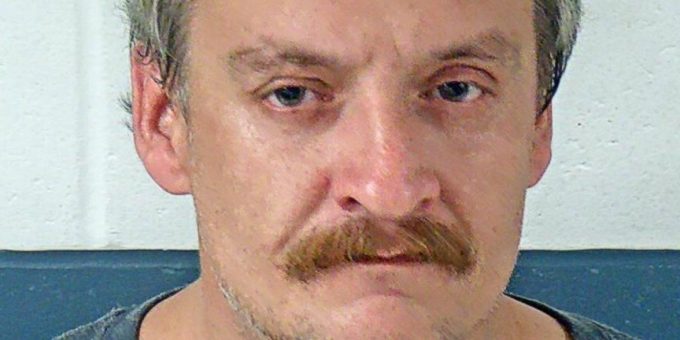 BEDFORD – A Bedford man was arrested Saturday morning when Bedford Police officers responded to a home in the 2100 block of 28th Street on a report of a male passed out in a vehicle.

When officers arrived they found 44-year-old Zachary Wood in the driver’s seat slumped over with a lit cigarette hanging out of his mouth.

Officers could not get Wood to wake up. When an officer finally reached into 1999 Pontiac to turn the vehicle off he found a syringe and a prescription bottle.

Wood falsely told officers he lived at the home.

Wood told officers the prescription of Suboxone was his and that there was also a container of heroin in the vehicle.

Officers also found three small zippered bags containing white powder on the passenger floorboard near the center console that tested positive for fentanyl, as well as a blue rubber tourniquet band in the passenger seat. Two metal spoons with residue were alao located in the rear seat.

Paramedics advised officers that Wood had at first stated he had taken some Suboxone, then later stated he injected something. Wood was given a  small dose of Narcan to counteract any drugs in his system, and transported to St. Vincent Dunn Hospital for treatment.