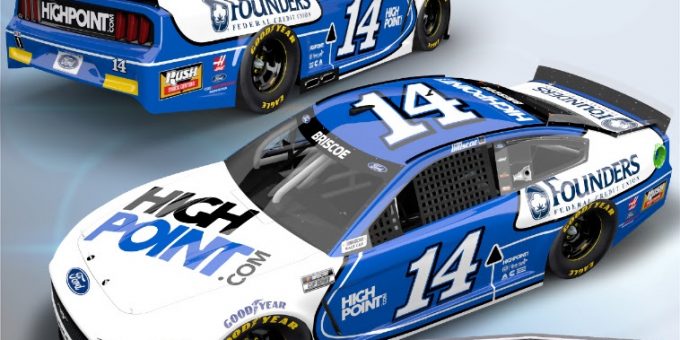 DARLINGTON – As the final 10-race stretch of the season begins for Chase Briscoe and the No. 14 Ford Mustang team for Stewart-Haas Racing (SHR) at Darlington (S.C.) Raceway so does the final push in the pursuit of the NASCAR Cup Series Rookie of the Year title.

The Cook Out Southern 500 will begin at 6 p.m. on Sunday, Sept. 5 at Darlington Raceway.

Though Briscoe is not part of the playoff field, he does have a chance to become just the third driver to earn Rookie of the Year honors in NASCAR’s top three national series. He would also be the first former ARCA Racing Series Rookie of the Year titleholder to accomplish the feat.

With 26 races complete in the Cup Series season, Briscoe is 23rd in the driver championship and leads the Rookie of the Year battle by 218 points over Anthony Alfredo.

“I really think this will be a good racetrack for us. It’s too bad we’re not in the playoffs, but we ran really well there in the spring and nearly had a top-10,’ said Briscoe. “We’ve got a good baseline to work off of and hopefully, we can keep chipping away at it this weekend and show the progress we’ve made.”

Joining HighPoint.com on the car for Sunday’s race is Founders Federal Credit Union. HighPoint provides a range of solutions and services for Founders, including collaboration, endpoint security, network infrastructure, SD-WAN, and wireless technologies.

When the Cup Series visited Darlington on May 9, Briscoe started 22nd and worked his way into the top-10 over the course of the 293-lap race. With two laps to go, while battling for a 10th-place finish, he made contact with the outside wall and ultimately crossed the line 11th.

In the Xfinity Series, Briscoe claimed the victory in the series’ first trip to The Lady in Black, outdueling the winningest driver in Xfinity Series history, Kyle Busch. In his three career Xfinity Series starts at Darlington, Briscoe has finished no worse than 11th.