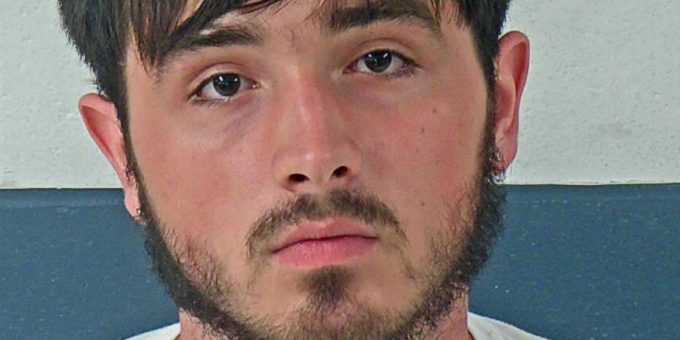 BEDFORD – Bedford Police officers arrested 20-year-old Clayton Arnold on a number of drug charges after a warrant was issued for his arrest.

According to a probable cause affidavit on Monday, June 14 at 10:15 p.m. officers were called to a home in the 1820 block of 11th Street after a report of a domestic fight involving drugs.

While en route, officers received information that Arnold had gathered up the drugs and had left the home in a black Toyota Scion.

A responding officer spotted the vehicle traveling at a high rate of speed at 12th and R streets and attempted to stop the vehicle.

The vehicle accelerated, failing to stop at stop signs. Arnold lost control of the vehicle and crashed the vehicle into a house in the 1930 block of 15th Street.

Officers pursued Arnold on foot while others set up a perimeter. The attempts to capture or locate Arnold were unsuccessful.

In the vehicle, police found bagged marijuana on the ground near the vehicle and more vacuum-sealed bags in the vehicle. Police seized 6.78 pounds of marijuana. They also found bags containing 218 oxycodone hydrochloride pills. Police were able to seize $51,270 in denominations of $10, $20, $50, and $100 bills in a CHEEZ-IT box inside the vehicle.