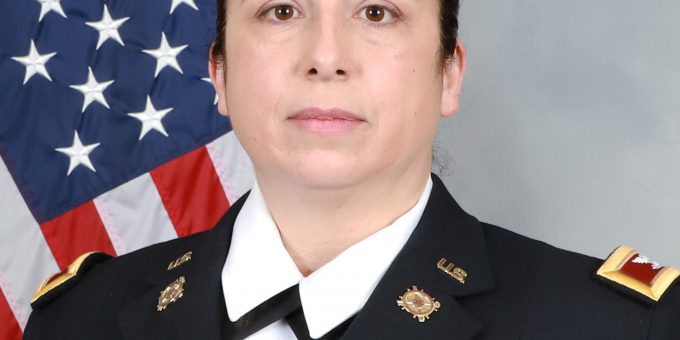 Col. Santee Vasquez became the 20th commander of Crane Army in a change of command ceremony on July 13. In her address to Alliance members, she expressed her excitement to work with CAAA’s civilian workforce and eagerness to contribute to projects on the horizon aimed at modernizing and improving the activity.

Vasquez also recognized the Alliance’s achievements in increasing communication with the surrounding communities and creating new regional economic growth opportunities. Additionally, she noted her appreciation for the region’s collaboration and sense of place, specifically how these initiatives provide advantages to the base and its workforce. Vasquez will represent Crane Army in the Alliance’s efforts to strengthen the relationship between Crane and the community.

“Without our friendships with organizations like the White River Military Coordination Alliance, or Radius, or Regional Opportunities Initiatives, we would have no way to help the communities our workforce resides in, to grow and evolve alongside us,” said Vasquez. “The future at Crane Army Ammunition Activity is bright and full of ways that we can strengthen not only the Department of Defense as a whole but also South-Central Indiana and all of its hard-working Hoosiers.”

In addition to welcoming Col. Vasquez, Alliance members were briefed on the progress made thus far on the 87 opportunities for cooperative planning efforts between the community and NSA Crane as identified in the 2017 Joint Land Use Study. The overall summary status on these recommendations is 66% complete, with some issues continuing to be ongoing by nature. With this information, Alliance members were then asked to perform an exercise ranking the opportunities yet to be launched in order of priority to provide guidance and direction for the next year.

The next Alliance meeting will be held Friday, November 6, and will feature NSA Crane’s annual State of the Installation address.

Col. Vasquez received a Bachelor of Arts in international relations from the University of California, Davis, and was commissioned through the Army Reserve Officers’ Training Corps in 1998. She received a Master of Arts in statecraft and national security affairs from the Institute of World Politics, Washington, D.C., in 2009, and a Master of Science in strategic studies from the U.S. Army Senior Service College, Carlisle, Pennsylvania, in 2019.