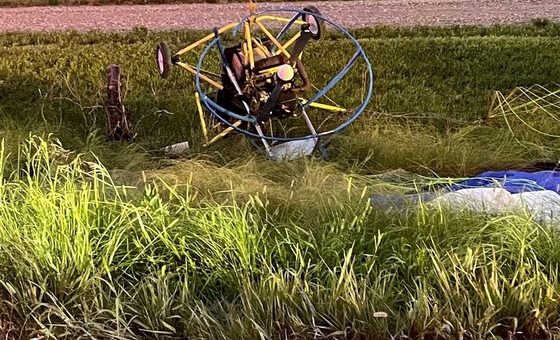 KNOX CO. – Sunday night at approximately 8:45 p.m., a Vincennes man was seriously injured after crashing his ultralight aircraft near US 150 and Snyder Road, east of Vincennes.

Preliminary investigation by Indiana State Police revealed 44-year-old Kyle Demenezes, of Vincennes, crashed his ultralight aircraft shortly after taking off. Demenezes was transported to Good Samaritan Hospital in Vincennes where he is currently being treated for serious injuries.

The FAA is investigating this incident.