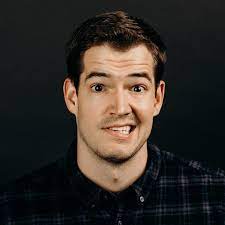 BEDFORD – Enjoy an evening laughing at the comedy of Andrew Stanley on Saturday at Schafer Auditorium at Bedford Middle School.

Homeschooled preacher’s kids with finance degrees don’t usually quit their Budget Analyst jobs that provide health insurance to be stand-up comedians, but Andrew Stanley didn’t know that. He is now touring all over the country (as well as internationally) performing at clubs, festivals, fundraisers, churches, corporate events, bars with 4 people in them that “didn’t know there would be comedy tonight…” Andrew possesses a unique perspective that pairs well with his dry delivery and observational nature.

He was the winner of the 2017 Search for the South’s Funniest Accountant and in 2019, he was selected as a New Face of Comedy at Montreal’s prestigious Just For Laughs Comedy Festival.  Andrew’s parents are still alive so he works clean.

Proceeds will benefit Between the Crowd.

During the fall of 2012, a group of Christian community-minded people came together to put their faith into action. They hoped to serve the youth of Lawrence County, and share Jesus with them. Nick Mullis became the first Director of Ministries and led the first gatherings and events with a few dedicated volunteers and a group of excited student leaders.

Two years later Between the Crowd would make another move in growth and they hired Dave Adams to begin and lead a Middle School ministry called After the Bell.

In three years, this ministry went from serving one high school to reaching students in both county high schools and all the middle schools.  Today the group prepares for further growth with the addition of another staff member who will work with Mitchell.