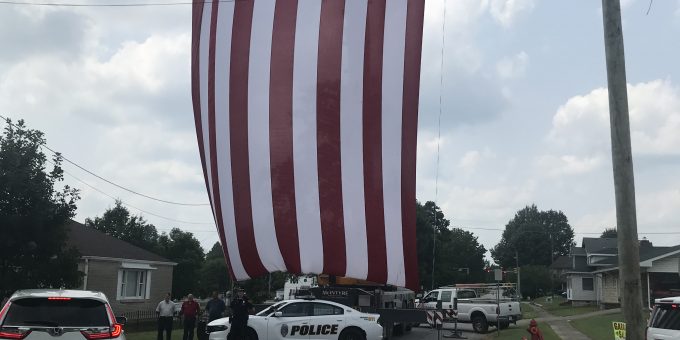 BEDFORD – Many came to remember and honor former Mayor John Williams on Saturday. Williams served six terms as mayor for the City of Bedford.

The service was conducted at the Hillcrest Christian Church, by Pastor Mark Fugate.

Mayor John Williams attended Hill Crest Christian Church, where Pastor Fugate had the pleasure to meet and get to know John. Pastor Fugate was also able to review past news stories and speak to Williams’ friends and family to learn additional information on Williams’ many personal and professional accomplishments. Williams served as Mayor of Bedford for three decades – serving 8,760 days spanning 24 years.

Pastor Fugate shared some of Williams’ moments and pieces of history with those who attended the funeral on Saturday.

“He chose to run for mayor because the City of Bedford refused to give land to the Bedford Little Theater,” said Fugate. From there it launched his service to the city he loved and cared about.

Williams presided over numerous weddings and funerals over the years. He also had the opportunity to speak and present at several public engagements.

Williams was quite a storyteller and also enjoyed taking part of the local school sports by broadcasting games over the airwaves of WBIW 1340 AM for more than 20 years.

During the end of Mayor Williams’ sixth term he said, “If you can get elected in your hometown six times, I’m not sure there is a higher award than that.”

Mayor Williams had many skills that helped build the City of Bedford to what it is today. One of Williams’ key strengths was his ability to foster relationships, even when political views differed. A great example of this, is when Mayor Williams, a Republican, and Mitchell Mayor Jerry Hancock, a Democrat, exchanged the keys to their respective cities with one another.

Post the funeral service, his procession traveled down the street named after him, John Williams Boulevard. John Williams Boulevard’s completion took place in 1996. The former Mayor Williams was able to complete this project without incurring tax increases, or bonds. Although it took almost ten years to complete the road project , it was a testament to his service to the residents of the City of Bedford.

The funeral procession continued to pass city hall, where the hearse stopped for several seconds. His funeral possession consisted of fire trucks, police vehicles, street sweepers, utility departments, and many others who came to pay tribute to a man who truly loved the City of Bedford.

The procession made its way to Williams’ final resting place, Green Hill Cemetery.

Mayor Williams will be forever remembered as a man who loved, cared for, and served the people of the City of Bedford.