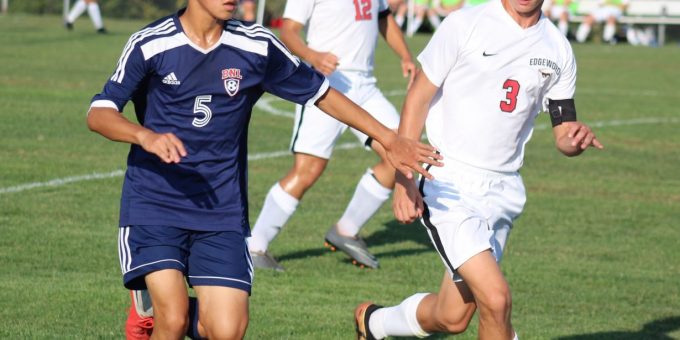 BEDFORD – The next step, especially while climbing to a higher altitude, is always the most difficult. It requires considerable strength, some bravery, and hard work. The reward is worth the effort.

Bedford North Lawrence, as head coach Logan Jackson starts his seventh season with the program, is poised to take the next upward step. That direction is not without challenges, with the Stars facing formidable schedule challenges in a strong conference and sectional. But it’s a stride BNL, with offensive talent and roster depth, is capable of completing.

Coming off an 8-9 campaign a year ago, the Stars return top-line offensive threats and a solid presence in goal. If they can solidify the midfield and the back row defense, questions that will be addressed during the next two weeks before the season opener, the Stars could shoot for the top rung of the hierarchy ladder.

“I think we’re there,” Jackson said. “The guys want it. They’ve worked hard. We might not always be the better team, but if we work hard, you never know. Talent wise and belief wise, this is the year to break through and get some wins we didn’t get in the past.”

The optimism centers on senior forward Josh Anderson, who was an All-Hoosier Hills Conference selection and the top scorer last year, on senior facilitator Danny Cline, on veteran goalie Tanner Robbins, on a roster Jackson called “the deepest team we’ve had since I’ve been here.”

Anderson, a bullish force in the middle of the field, will earn plenty of attention. He scored 11 goals last season, while Cline was among the masters of movement with speed and versatility. Billy Cline and Karter West are other returning cast members with experience and game guile as BNL searches for someone to fill the void created by Lakota Terrell’s graduation and the 9 goals that earned him Honorable Mention status in the league.

“I know guys will key on Josh,” Jackson said. “People like Danny, who likes to get assists, can step up for more goals. We will need other guys to step up and score, pick up the load as well. We have to be able to put it together.”

The key will be establishing a tough wall of defense in front of Robbins and the goal. Jackson expects Joseph Brazzell, Carson Kelley and Zaldin Flinn to be among the frontrunners for those jobs.

“We still have some holes to fill and there are some unknowns,” Jackson said. “We won’t know until the first game. But with the depth, we can throw several guys in and not have a drop off. Hopefully we can have a big impact. That’s a good option to have. We definitely have to step it up and find some leaders, people to physically be in command on the back row.”

Leadership is a senior responsibility.

“We’ve been taking command of practices, making sure everyone is staying focused,” Anderson said. “It’s something, when we first came in, we didn’t get. So we thought we would make sure to teach them now. We have a younger group, and I’m excited about the way we’ve been passing. I think it will be cool to see what we can do.”

BNL will open the season at Scottsburg on Aug. 17, then face Mitchell in the home opener on Aug. 19.