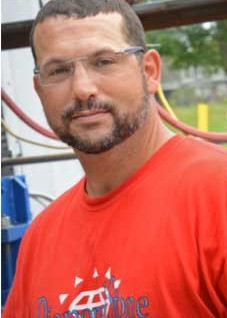 Bryce Bennett is a co-owner of Diamond Stone Technologies Inc. since 2007. He has a bachelor of science degree from Indiana State University graduating in 1999. He also graduated with an honors diploma from Bedford North Lawrence High School in 1995.

There were six candidates who applied to fill the vacancy with one of the candidates automatically eliminated because they did not live within the district. The six candidates were Bryce Bennett, Amanda Chenoweth, Scott King, Adam Parsley, Heather Prince, and Brian Young.

Three were selected for the position per Indiana code which included Bennett, Heather Prince, and Amanda Chenoweth.

Chenoweth appeared before the school board Thursday night questioning the process and stated the board did not follow the law or the corporation’s by-laws.

Chenoweth was out of town and could not attend Monday’s meeting and the corporation asked her if she could attend the meeting by Zoom which she declined. She asked whether she could reply to the questions by written response, or by email. The board said they could not accept the written responses because the interview process must be held before the public.

Chenoweth also took issue with the communication between the corporation when her calls and emails to the school corporation went unanswered.

The school attorney Greg Pittman advised Chenoweth that the school corporation were accurate in their decisions and communication and did follow the by-laws.

Information regarding the Indiana Code IC 16-34.5-1-2 is provided here.

However, this subdivision does not apply to any discussions regarding research that is prohibited under IC 16-34.5-1-2 or under any other law.

(10) When considering the appointment of a public official, to do the following:

Bennett will be sworn in before taking his seat.