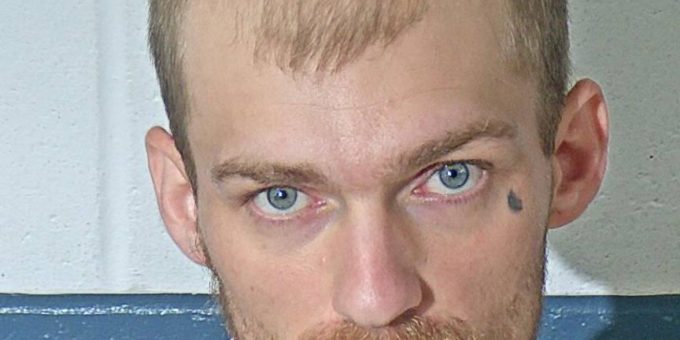 BEDFORD – A Bedford convicted felon was arrested Thursday after police found him carrying a stolen firearm.

Bedford Police arrested 25-year-old Aaron Pinkston Jr. on charges of possession of a firearm by a convicted felon, obliterating identifying marks on a handgun, theft of a firearm, fraud, and unauthorized entry to a motor vehicle.

According to a probable cause affidavit, on July 21 at 8:28 p.m. a female called police to report the theft of her keys to her van from a room at the Rosemount Motel. The female said she was staying in the room with Pinkston.  The female told police she returned to her room at 7 p.m. and found her keys missing.

While speaking with Pinkston’s father who was staying in another room at the Rosemount his father received a text from his son asking him to take the woman’s phone and not allow her to call the police.

When the van returned to the motel she checked the van where she found her wallet along with her 9mm pistol missing. Pinkson Jr. fled in a blue four-door car.

She was notified by Chase Bank that someone had attempted to withdraw $1,200 from her account using her debit card and attempted to send the money to another female. That transaction was stopped and her card was canceled at that time.

The woman believes Aaron Pinkston Jr. was responsible for the theft.

On Thursday, police reviewed the text message he sent his father which read, “let me know when (the woman) gets back and let me know if she got her wallet on her cause I want you to keep her occupied while I grab it.”

Police then learned Pinkston Jr. was staying at a trailer in the 210 block of Reman in Thorne’s trailer park.

Police also learned that Pinkston had used the woman’s debit card at Revere’s Food & Fuel on July 21 and made a purchase in the amount of $19.88. The woman did not authorize this transaction.

Officers located Pinkston at the trailer in the trailer park and he was arrested. He had the stolen firearm and a box of 25 Hornady 9mm rounds in his pocket. Police say the serial number was altered. They also located the woman’s debit card, two birth certificates, and three social security cards belonging to the woman and her two children.

Pinkston Jr. was then arrested.