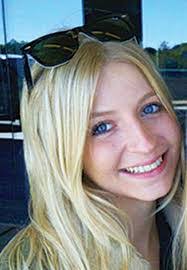 BLOOMINGTON – Today marks 10 years since the disappearance of University of Indiana student Lauren Spierer.  She was last seen walking in downtown Bloomington during the early morning hours of June 3, 2011.

Though her disappearance generated national press coverage, Spierer is presumed dead and her case remains unsolved.

Bloomington Police Department investigators have worked thousands of tips and tracked down countless leads, but no one has ever been named a suspect in Spierer’s disappearance.

“Since the time of Lauren Spierer’s disappearance on June 3, 2011, the Bloomington Police Department has continued its ongoing effort to provide answers to Lauren’s family and the Bloomington community. Despite being approximately 10 years into this investigation, information continues to come in regarding Lauren’s case and investigators diligently pursue the information with the same level of commitment as in the beginning. No amount of time passing will deter us from our responsibility and we remain dedicated to Lauren’s cause.”

Spierer was a 20-year-old IU sophomore when she disappeared. This year she would have celebrated her 30th birthday on January 17.

Spierer from Scarsdale, New York graduated from Edgemont High School in 2009 and enrolled at Indiana University, and moved to Bloomington to study fashion merchandising. She lived in the former Smallwood Plaza apartment building, now called The Avenue on College, in downtown Bloomington.

Spierer met her boyfriend, Jesse Wolff, and her friend, Jay Rosenbaum, years earlier at Camp Towanda, a summer camp in the mountain town of Honesdale, Pennsylvania. It was there she also met various other future IU students who later became Spierer’s circle of friends when she enrolled at IU in 2009

Her parents Rob and Charlene Spierer are still hoping for that one piece of information that will bring their nightmare to a close. They continue to keep their daughter in the public eye through various social media posts and media appearances, hoping someone, somewhere will lead them to their daughter and those responsible for her disappearance. Charlene said there isn’t anything new in her daughter’s case which is beyond frustrating.

Charlene said she keeps hoping their prayers will be answered.

“Remember, nothing ever truly disappears. Lauren didn’t vanish while hanging out with her friends on the weekend in college. People don’t just disappear. Either did she. Someone(s) know what happened. And the truth will come out. We have never stopped believing that.”‘

Charlene and Rob found themselves in front of news cameras, talking to the world about their missing daughter.

Hundreds of volunteers joined her parents and authorities in a massive search that covered abandoned quarries, dense forests and, in a last ditch effort, a local landfill. But they found nothing.

On June 2, 2011, Spierer was drinking with several friends. Wolff stated that he did not go out with Spierer or her friends that evening, but the two were texting back and forth before he went to bed. According to witnesses, Spierer was very intoxicated in addition to using drugs.

Spierer had been arrested for public intoxication nine months before her disappearance, and after she disappeared, police found a small amount of cocaine in her room.

Bloomington police used video surveillance footage and witness statements to create a timeline of Spierer’s whereabouts before her disappearance.

She left her apartment after watching the 2011 NBA playoffs and drinking wine with friends and headed to a party around 12:30 a.m. on June 3, 2011, with a friend named David Rohn. The pair went to Jay Rosenbaum’s apartment and she met up with Cory Rossman who was Rosenbaum’s neighbor and Rossman’s roommate Michael Beth.

At 2:27 a.m. Spierer is caught on camera exiting the bar with Rossman. She had left her cell phone and shoes at the bar. She had taken off her shoes when she walked out onto the sand-covered patio. Rossman walked with Spierer to her apartment complex.

At 2:30 a.m. Spierer is captured entering Smallwood Plaza apartments. A passerby, Zach Oakes noticed Spierer was inebriated and asked her if she was okay. When they got to the fifth floor of the building, where Lauren’s apartment is, they ran into four male students in the hallway. Rossman supposedly says something smart to one of the men and the man decks him. He says he can’t remember anything after he was hit in the head.

Spierer left her apartment at 2:48 a.m. and entered an alley that runs between College Avenue and Morton Street. Security cameras on nearby apartments captured Spierer exit the alley at 2:51 a.m. and walking toward an empty lot. Her keys and purse were found along this route through the alley. Surveillance cameras in an alley on the way show Spierer stumbling and that at some point Rossman tosses her over his shoulder in a fireman’s carry. Spierer and Rossman arrived at Rossman’s apartment shortly afterward. Michael Beth was at the apartment. Rossman was intoxicated and was stumbling around. He vomited on the carpet on the way upstairs. Beth told police he escorted Rossman to bed and tried to presuade Spierer to sleep over for her own safety. He claims Spierer said she wanted to return to her apartment.

At 3:30 a.m. Beth said he phoned his neighbor, Rosenbaum asking him to take care of Spierer. Beth said Spierer continued to want to drink and asked Beth to drink with her at her apartment. She then left and went to Rosenbaum’s apartment at 5 North Townhomes. Rosenbaum told police Spierer had a large bruise under her eye that she allegedly sustained in a fall earlier that evening. She told Rosenbaum she couldn’t remember how she got the bruise. Two alls were placed from Rosenbaum’s phone just before Spierer left his apartment. One call was to Rohn and the other to another friend. Neither party picked up and no messages were left.

Rosenbaum told police Spierer left his apartment at 4:30 a.m. This is the last reported sighting of Spierer.

She was last seen barefoot, wearing black leggings and a white shirt at the intersection of 11th Street and College Avenue, walking south on College Avenue. She intended to walk the 2 1/2 blocks home but vanished.

Several hours later, Wolff sent Spierer a text. He received a reply from an employee at the bar. Wolff then reported Spierer missing.

In August 2011, police conducted a nine-day search of the Sycamore Ridge Landfill in Pimento, south of Terre Haute for clues in the disappearance. The landfill is where trash from Bloomington is hauled after a stop at a transfer station. The Bloomington Police Department, the Indiana University Police Department, and the FBI took part in the search.

In April 2015, the Bloomington Police announced that they were investigating a possible link between Spierer’s disappearance and the murder of another IU student, Hannah Wilson. She went missing on April 24, 2015, after visiting Kilroy’s, the same bar that Spierer visited the night she disappeared. Wilson was last seen getting into a taxi in front of the bar and driving away. Her body was found the next morning in rural Brown County. Daniel Messel, of Bloomington, was arrested for the murder after his cell phone was discovered near the body. However private investigators hired by the family say the crimes were similar but it was coincidental.

One of the most promising leads came in in January 2016,  when investigators from the Bloomington Police Department and federal agents searched the Martinsville property owned by the family of Justin Wagers in connection with the Spierer investigation. Investigators searched the property with cadaver dogs, which indicated potential evidence. Anthropologists conducted a dig and sifted dirt from the barn where the cadaver dogs hit, but found nothing. No arrests were made and police never commented on their findings.

Armchair detectives and media reports through the years have speculated on a wide variety of theories and suspects, ranging from abduction by a motorcycle gang to a drug overdose coverup and the people she was partying with dumped her body in the Ohio River. Many believe that is what happened because Lauren suffered from a serious heart condition and with drugs and alcohol added it could become a deadly outcome.

In 2017, Brown County prosecutor Ted Adams said he believed Daniel Messel, who he’d convicted of murder in the 2015 slaying of IU student Hannah Wilson, may also be responsible for Spierer’s disappearance.  However, Bloomington police have not said whether Messel is a suspect in the case.

“I really just would like to hear, ‘This is where you can find your daughter,'” Charlene Spierer, Lauren’s mother, told ABC News. “It’s the not knowing what happened to her, where she might be… It’s unbearable.”

If you know anything about Lauren’s case call the Bloomington Police Department at 812-339-4477 or email helpfindlauren@gmail.com or Beau Dietl & Associates Private Investigator Michael Ciravolo mike@investigations.com or call 212-557-3334.