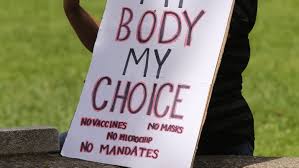 “This session members of the Indiana General Assembly passed legislation to codify in law a prohibition on COVID-19 vaccine passports, preventing public institutions from mandating proof of vaccination as a condition for receiving services or employment,” Attorney General Rokita said. “Indiana University’s policy clearly runs afoul of state law – and the fundamental liberties and freedoms this legislation was designed to protect.”

In response to a request from State Representative Peggy Mayfield (R-Martinsville) and State Senator Andy Zay (R-Huntington), Attorney General Rokita writes that House Enrolled Act (HEA) 1405 expressly prohibits state or local units from issuing or requiring proof of immunization status. Indiana law and numerous cases have held public universities to be “arms of the state”, and therefore required to abide by the mandates set out in this new law.

Indiana University unquestionably violates HEA 1405 by requiring its students, faculty, and staff to show proof of immunization as a condition of continued attendance or employment.

“In response to the concerns of Hoosiers across the state, the Indiana General Assembly passed legislation earlier this year to ban government-issued COVID-19 vaccine passports,” said State Rep. Peggy Mayfield (R-Martinsville). “Under this law, I agree with the attorney general, as it was my intent, that public entities, including state universities, can’t require proof of the vaccine. Hoosiers should have the right to make healthcare decisions that best suit their families, their personal medical circumstances, and a broad interpretation of their religious beliefs – a concept that we’re disappointed to see Indiana University has rejected.”

Attorney General Rokita notes that while HEA 1405 prohibits public universities from requiring proof of the COVID-19 vaccine, it does not prohibit them from requiring the vaccination itself. In its current form, Purdue University’s COVID-19 vaccination policy does not appear to violate HEA 1405. Based on the information available, Purdue will require vaccination only for certain optional activities – no different than the guidelines universities have implemented for certain groups, like athletic teams, since the onset of the pandemic.

“I’m grateful that the Indiana Attorney General’s Office has reviewed this matter,” State Senator Zay said. “Next session, I hope to take legislative action to close the apparent loopholes that exist in HEA 1405 to ensure state-funded universities like Purdue and Indiana University must comply with the legislature’s intent to thwart government overreach and safeguard the individual liberties of their students, faculty, and staff.”