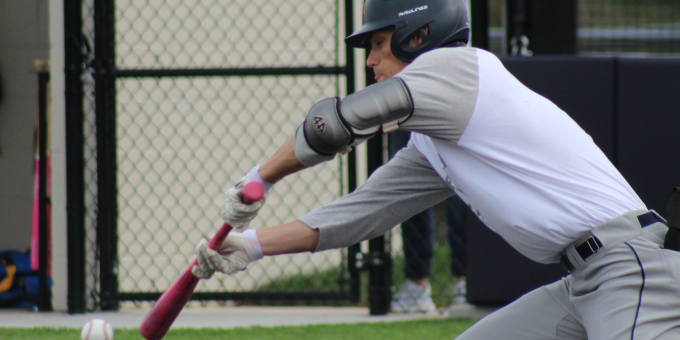 BEDFORD – The battle is daily. The disease, deadly and vicious, does not take time off. Cancer’s savage reach, its heartless onslaught, touches everyone at some point. It does not discriminate.

Just read through the list of honorees in the program of Thursday’s annual Bedford North Lawrence vs. Cancer fundraiser game. Every player, every coach had a loved one, or close friend, to remember with a dedication. Most of them had familiar, close-to-the-heart names – Grandma, Papaw, Pops, Mamie or Uncle. Or in the case of Brown County coach Randy Minniear, he could have listed himself.

The game was almost an afterthought. Yes, the Stars crushed the Eagles 23-0 in five innings. That will be forgotten. What will be remembered is the $6,153 contribution to the Lawrence County Cancer Patient Services, thanks to those who played, those who were honored during the pregame ceremony, and those who contributed.

During the seven years of BNL’s fundraising efforts, over $39,000 has now been given to the worthy cause. The fight goes on. It may never end.

“The game was secondary, no matter what,” BNL coach Jeff Callahan said,. “The primary focus was raising money for the LCCPS and awareness of cancer, recognizing some people who have fought the fight and are fighting the fight. On that side, it was a huge success.”

On the field, BNL was a huge success, and that was expected. Brown County (0-4) is going through a tough season, with half its roster playing varsity baseball for the first time. The scores reflect that, and BNL’s romp could have been much worse. The Stars, who scored 11 runs before the first out was recorded, did their best to dampen the difference. Everyone on the roster played in the contest that featured pink wooden bats – another reminder of the real task.

“The representation of the pink bats is more important than home runs,” BNL senior Evan Waggoner said. “It’s doing everything we can to get the word out. We come together as a community and help fight it. It’s not just us.”

The message is loud and clear: the fight continues. The Stars heard from guest speakers who are on the front lines of the battle. They saw the behind-the-scenes work of Paige Callahan and her crew as they continued their push to help.

“She’s the ringleader and she has a lot of help,” coach Callahan said of his wife. “There are a lot of people who step up every year.

“It just keeps getting bigger and better. The speakers that come in and talk is one of the things I’ve enjoyed, watching the kids listen and gaining an understanding of who it effects. Everyone’s life has been effected, they have family or know friends that have been touched.”

Minniaer is a prime example. He’s always been a fighter – he played college football at Purdue, played with the New York Giants and Cleveland Browns in the NFL. He’s led a great, full life. And now, at age 77, he’s fighting cancer and still coaching a young, inexperienced team that will go through a lot of growing pains.

BNL scored 15 runs in the first inning and cruised. The box score reflects the damage as Aden Pemberton had 2 hits and 3 RBIs, Ryker Hughes had 2 hits, Grant Dalton and Jacob Foster also added 2 hits. Kline Woodward earned the win on the mound, going three innings and striking out the side in each frame. The Eagles were limited to three hits.

“We were here to take care of business, just like always,” Waggoner said. “We got that done.”

BNL (5-1 with five consecutive wins) will continue its business on Friday night, hosting Evansville Christian (a game that was originally scheduled for Saturday) at 7 p.m. The funds raised during the Brown County game will also be awarded to the LCCPS.