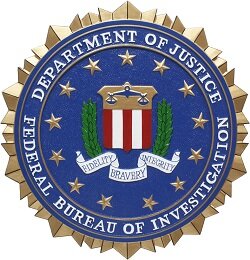 WASHINGTON D.C. – The Federal Bureau of Investigation (FBI) confirmed that two Bloomfield women were arrested in connection with the Capitol insurrection on January 6.

According to the FBI, 52-year-old Dona Sue Bissey and 49-year-old Anna Morgan-Lloyd, both of Bloomfield, were arrested Wednesday and face the following charges:

The maximum penalty they could receive from the most serious charge they face is 10 years in prison, followed by 3 years of supervised release and a $250,000 fine.

Federal Agents were able to capture screenshots from the social media pages Bissey and Morgan-Lloyd, which confirm they were at the insurrection.

According to the complaint read aloud in Federal Court Friday morning, Morgan-Lloyd went to the Greene County Sheriff’s Office on January 22nd to apply for a gun permit. It was there someone recognized her as someone who was at the insurrection.

Both Bissey and Morgan-Lloyd will be back in Federal Court on Monday afternoon. That hearing will be via zoom with authorities in Washington D.C.

They cannot travel outside of southern Indiana, have firearms, and they must report weekly to pre-trial services.

They are also banned from traveling to Washington D.C. except on court-related matters.

If trials are held in these cases, they would be held in Washington, not Indiana.

The FBI continues to seek the public’s assistance in identifying individuals involved with unlawful conduct on January 6 in Washington, D.C. The Department of Justice is listing filed cases on its website.