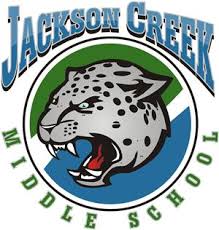 The Equity Spotlight Award is an award that recognizes students, faculty, staff, student organizations and community partners for their commitment to fostering an inclusive learning environment reflective of our mission, vision, and core values.

“These faculty members organized this club to give our students a place where they can build a student community, which provides support to one another and provides education about issues facing LQBTQIA+ students in the school and the community,” Poage wrote. “Through their efforts, JCMS has not only built awareness of LGBTQIA+ students, but they have moved us another step towards being a welcoming and nurturing school where all students have a place to belong, and all students have a voice.”

A lesbian is anyone who identifies as a woman and is attracted to other women.

Trans is actually an umbrella term for those who are transsexual or transgender. Exact definitions of these terms vary, but it is generally accepted that transsexual refers to a person’s biological “sex” so is applied to those who have had, or desire gender affirmative surgery, whereas transgender is about someone’s gender, and so one can identify as either gender regardless of physicality

This is also generally used in terms of gender- many people would use this term to describe themselves, including those who identify as both genders, neither gender, or parts of each. It should be noted that although the word has now been reclaimed by the queer community, “queer” used to be used as a derogatory term, and some people may still find it insensitive.

Intersex is another umbrella term, for those who have variations in biological sex characteristics that mean they don’t fit the exact biological definition of “male” or “female”. A lot of people would argue that these terms are reductive and unnecessary anyway, and many intersex people identify as one gender or other regardless of variations.

Asexual is when someone experiences no sexual attraction to anyone else. Asexuality has only recently started to be discussed and understood in the mainstream press. It’s also important to understand that Asexual people can feel romantic attraction (although some don’t), the term only refers to the attraction of a sexual nature.

+ – + refers to any groups of people who don’t feel they fit into any of these categories, or fit into more than one.