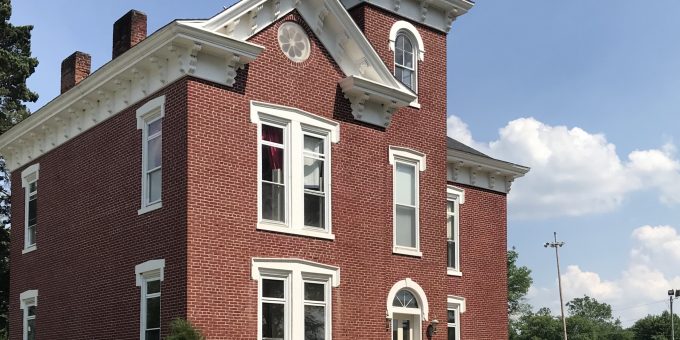 (BEDFORD) – The Bedford Parks Department received only one bid for the renovation of the Red Brick.

Prichett Brothers submitted the only bid to renovate the facility that was damaged following a fire in January 2020.

The board will review the proposal and make sure everything is in order. They also want to ensure that insurance will cover the cost of the renovations.

If there is a gap between the bid and what insurance will pay, then the board will have to make a decision on how to move forward.

In other business, the board approved a new policy for opening and closing Otis Park Golf Course and the Flick Center during the winter months.

The board approved to reimburse a local funeral home for the cost of moving a grave vault at Beech Grove Cemetery. over to make room for the placement of a second vault.

Work on the Thornton Park playground has been slowed due to bad weather. When the weather improves the completion of the project will shortly follow.

Crews continue to make repairs to the wall along Tunnelton Road. Repairs are being made to a 40-foot section that was built by the Works Progress Administration (WPA). The WPA was an American New Deal agency, employing millions of job-seekers to carry out public works projects, including the construction of public buildings and roads. It was established on May 6, 1935, by presidential order, as a key part of the Second New Deal.