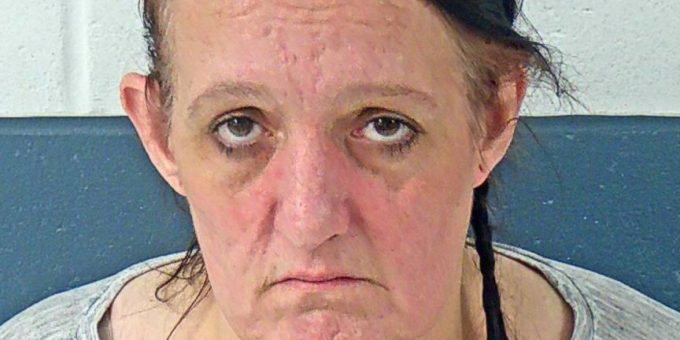 (BEDFORD) – A Bedford woman was arrested early Wednesday morning on drug charges after a Bedford Police officer stopped her vehicle at 28th Street and Washington Avenue at 1:30 a.m.

According to a probable cause affidavit, the officer stopped Burke’s vehicle because she was driving with no headlights.

After stopping the vehicle, Burke appeared nervous and could not find the registration for the vehicle. She told the officer numerous times she didn’t want the vehicle towed and she was just trying to get to her daughter’s house.

The officer asked consent to search the vehicle which Burke granted.

She then became erratic and ignored multiple requests to exit the vehicle. The officer said Burke was frantically reaching around the vehicle and searching for items prior to exiting the  vehicle.

She was asked again to exit the vehicle which she did. Other Bedford and Lawrence County police officers arrived to assist at the scene.

Burke was arrested and the vehicle was towed.