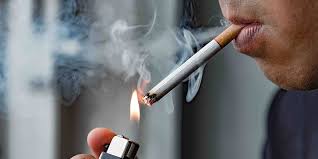 (STATEHOUSE) – Lobbyists with the American Cancer Society and other health organizations are pushing for lawmakers in Indianapolis to pass a $2 increase in the state’s cigarette tax.

The last time the state successfully passed a cigarette tax increase was in 2007 when they passed a 44 cent increase, making the cigarette tax the current rate 99 cents per pack.

Bryan Hannon, government relations director for the American Cancer Society, told Indy Politics that Indiana’s smoking rates are alarmingly high and something needs to be done to curb that trend.

One of the main arguments against raising the cigarette tax, especially by $2, is the state may see lower revenues.

But Hannon says though revenues would gradually decline over time, the state would still bring in around $350 million in the first year with the tax increase.

Hannon added the $2 increase would likely force roughly 40,000 Hoosier tobacco users in Indiana to kick their habit. He also hopes the revenue from tax increase would be used for public health initiatives.

If a $2 cigarette tax is passed, it would increase the tax per pack of cigarettes to $2.99. That is on top of the federal cigarette tax of $1.01 per pack and an additional 7 percent state’s sales tax.