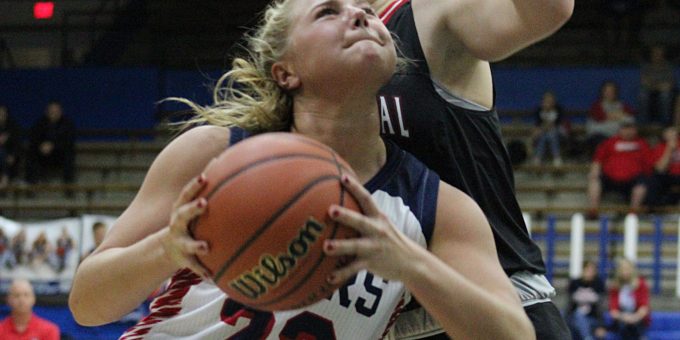 BEDFORD – When Kevin Moore took control of struggling East Central in 2009, rebuilding a program that had won only 39 games in the nine previous seasons, he selected Bedford North Lawrence as one of the success models to mimic.

That’s quite an example target. But after 12 years, after winning their first sectional title since 1992, the Trojans are closing the gap to equal terms, missing just one main piece of the resume – a victory over the Stars.

East Central, ranked No.4 in Class 4A, definitely has the firepower to take the next step in the copy process. The Trojans (10-1) will clash with No.6 BNL (11-1) on Saturday afternoon in a titanic rematch of last year’s regional championship.

BNL has won five straight meetings over the last four seasons, and the last battle with an epic confrontation that demanded BNL’s best for a 54-48 postseason victory. East Central, with four starters back, has not forgotten, although the rivalry is based on respect more than revenge.

And the Trojans, whose only loss came against Ohio power Mount Notre Dame, have BNL’s complete attention.

“This is a big game for us,” BNL coach Jeff Allen said. “We know they’ll come at us hard because we’ve had the advantage over the last several years. We have to meet their intensity.”

East Central has the weapons to take advantage of BNL’s weakness: interior size and muscle. Sophomore forward Josie Trabel, an agile 6-footer who was a force against the Stars last season with 41 points in the two collisions, leads the Trojans at 18.0 points, 7.3 rebounds and 3.7 assists. Senior guard Hope Fox adds 17.2 points and 5.0 rebounds.

“They have some really nice pieces,” Allen said. “They play extremely hard. They have size on us, so rebounding is a concern. We’ll have to guard from several different angles. Someone will need some help, and we’ll have to have good ball pressure on the perimeter where it’s difficult to get it in there. We just have to outwork people, make sure we make it as difficult as possible.”

To offset the power, the Stars will counter with speed and tempo. BNL’s blitz attack centers on the scoring of Chloe McKnight (15.3), freshman Chloe Spreen (15.4) and Irye Gomez (12.4) and the defensive tenacity that makes the unprepared uncomfortable and mistake prone.

“They’ve changed a few things,” Moore said. “They’re very much more up-tempo, obviously shooting a lot more threes (averaging 22 attempts per game from deep). Spreen is so athletic in the post, so they offer a challenge in terms of guarding them.

“On the same hand, because of their size, we pose a threat in the interior. It’ll be an interesting matchup, depending on if we can limit their 3-point looks and get the ball inside. That’s what we’re looking to do.”

East Central, like so many teams across the state, has fought through quarantine issues. The Trojans were idle from Dec. 5-22, so they’ve been playing games at an NBA pace of late. They won twice in the Scottsburg tournament on Tuesday, then stopped Jac-Cen-Del on Wednesday. They also own wins over familiar BNL foes Columbus East (51-45) and Jennings County (59-55).

“We didn’t play games for almost three weeks, which really killed us, and we had to move five games,” Moore said. “You hate to say there’s a lot riding on this game, and it would be an awesome rematch in the regional if it comes down to that. But we just want to play games. That time off was hard on our kids, so any chance we have to play is great. We just want to compete.”

East Central proved worthy last season, pushing BNL to the brink in the epic regional confrontation. After shaking off the shock of East Central’s quick 13-point blitz to the lead, BNL had to claw back, inch by inch, basket by basket, possession by possession. They caught up and went on a brilliant 8-0 spurt late in the final frame to pull away.

Trailing 46-44 after Fox buried a wing trey off an inbound set, BNL clinched its fist for the knockout response. McKnight drained a bomb, Gracie Crulo-Rood swished another. Madison Webb turned a steal into a lumbering, slow-motion breakaway layup for a 52-46 advantage that would prove to be enough.

Those Stars were more structured. These Stars are more free-wheeling.

“I think our speed will be an issue for them,” Allen said. “We’ll try to make them get into positions where they have to guard our speed. It will come down to making adjustments and getting an advantage.

“I think Linton (BNL’s latest conquest in the final of last week’s one-day tournament) is similar to East Central, the same kind of dynamic. I like how we played there. So we’re in a good spot. It will come down to executing, and if we make shots it makes it easier for us.”

Last meeting: BNL won two battles last year, recording a 60-55 victory during the regular-season clash at East Central and a thrilling 54-48 triumph in the regional final at Columbus North.

Game notes: BNL leads the series 5-0. Attendance will be limited to parents and grandparents of players.