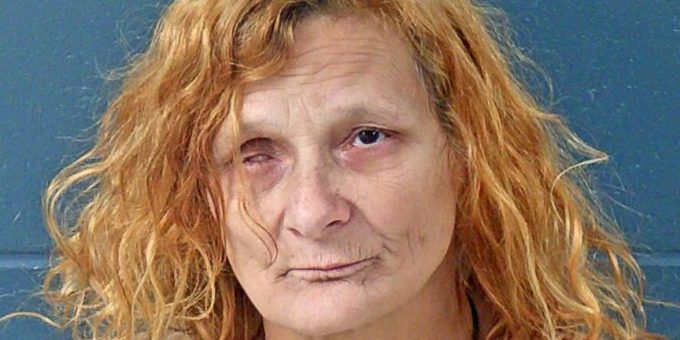 (BEDFORD) – A Bedford woman was arrested on drug charges after a warrant was issued for her arrest.

According to a probable cause affidavit, on November 9, 2020, a Bedford Police officer was on routine patrol when he stopped a red Pontiac Grand Am at State Road 37 and Patrick Robins Road for a traffic violation.

The vehicle was driven by William Chandler and his passenger was 56-year-old Vicki Chandler.

Neither William or Vicki had a valid driver’s license.

Police say both appeared nervous. When asked if there was anything illegal in the vehicle, William replied “no.” They were then both told to find a legal driver to come pick them up and the vehicle would be towed.

During an inventory of the vehicle, police located a yellow and black bag where Vicki was sitting. In the bag police found marijuana and pills.

Police sent the information to the Lawrence County Prosecutor’s office and a warrant was issued for Vicki Chandler’s arrest on charges of possession of a legend drug, possession of a controlled substance, and possession of marijuana.