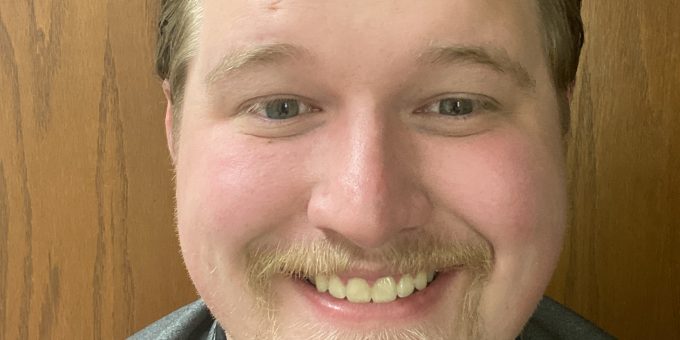 (BEDFORD) – The new voice for Bedford North Lawrence Boys Basketball on Southern Indiana Classic Hits 105.5 WQRK and 1340 AM WBIW, Landon Kleindorfer was awarded first place in the category of Best Sportscast in a contest sponsored by College Broadcasters Inc.

Kleindorfer will be stepping in to replace Myron Rainey, who was the “Voice of the Stars” for more than 40 years. Rainey was recently enshrined in the Indiana Sportwriters and Sportscasters Hall of Fame.

Kleindorfer, a senior communication major from Bedford, has been working with WZIS FM, the student radio station at Indiana State University, since 2018 when he joined to gain knowledge about his intended career in sports broadcasting.

Kleindorfer has held many different roles while he’s worked at Student Media including sports director and as an on-air personality at WZIS and the Indiana State Sports Network.

“I was happy to receive the award after two years now with the radio station,” Kleindorfer said. “It was nice to win especially after two national nominations earlier in my broadcasting career. The news came as a bit of a shock because most of the award season is in the spring semester, so this was sort of an unexpected blessing. For me, this is just the beginning and I hope that this is a springboard for my career in broadcasting.”

College Broadcasters Inc. is a member-driven organization serving students and advisers of college and high school electronic media outlets. CBI attracts over 1,000 entries in all of their categories. Kleindorfer’s work was the best among four finalists for the award.