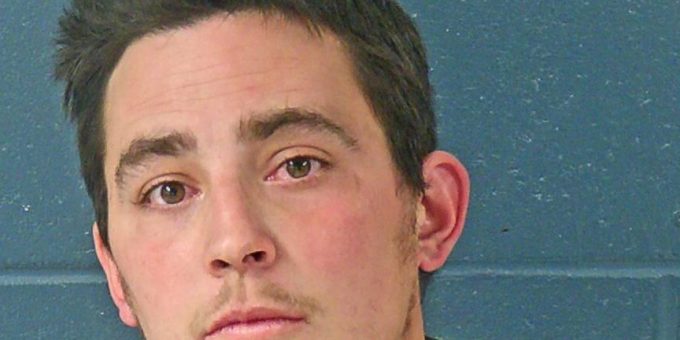 (BEDFORD) – A Bedford man was arrested Friday night after a Lawrence County Sheriff’s deputy stopped his vehicle for a traffic violation.

According to a probable cause affidavit, the officer noticed a driver in a black Ford Mustang fail to come to a complete stop while traveling west on 6th Street when the driver approached the intersection of Lincoln Avenue.

Officers stopped the vehicle. An Indiana State Trooper assisted with the stop.

A Lawrence County Sheriff’s Department K-9 did a free air sniff and alerted police to possible drugs in the vehicle.

During a search of the vehicle police found four boxes of Rove containing liquid THC and a box of THC cartridges and $86.

Police arrested Miller on a charge of possession of marijuana.