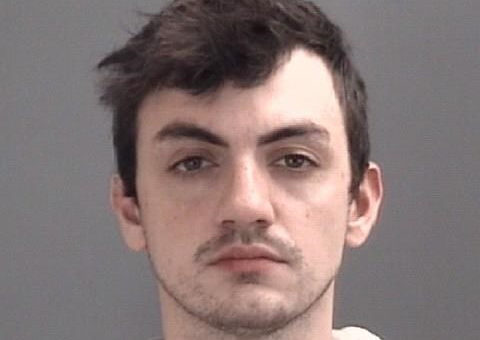 (GIBSON CO.) – On Friday afternoon at approximately 4:05 p.m., Indiana State Trooper Manning was patrolling I-64 when he stopped the driver of a 2000 Chevrolet pickup truck for making an unsafe lane movement near I-69.

The driver was identified as 27-year-old Brandon Sadler, of Santa Claus. Sadler’s two-year-old son was also in the vehicle.

During the traffic stop, Trooper Manning detected an odor of marijuana inside the vehicle. An Indiana State Police K-9 alerted to the presence of narcotics inside Sadler’s vehicle.

During a search of the vehicle, Troopers found marijuana wax and paraphernalia. Sadler was arrested and taken to the Gibson County Jail where he was later released after posting bond. His son was released to relatives.

Sadler is facing charges of operating a vehicle while intoxicated with a passenger less than 18 years of age, a Class 6 felony; possession of marijuana, Class B misdemeanor, possession of drug paraphernalia, Class C misdemeanor.