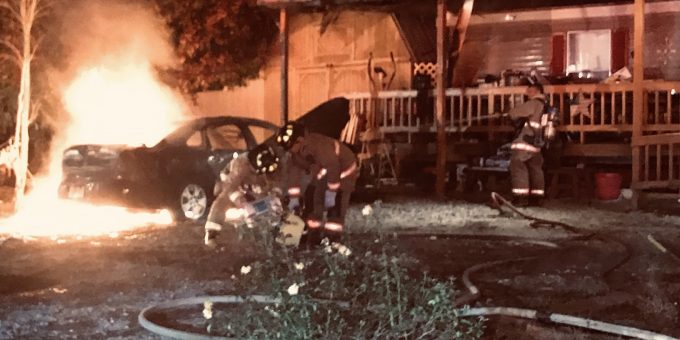 (SPRINGVILLE) – A vehicle fire spread to a residence in the 400 block of Phillips Lane near Springville on Saturday night.

At 9:24 p.m. Perry Township and Oolitic Volunteer Fire Departments were called to a vehicle fire that was close to a residence.

A Lawrence County Police officer arrived at the scene and found the fire spreading into the residence.

The home suffered minor damage. Firefighters were able to get the fire out before it caused any major damage to the home.

No one was injured in the blaze; however, firefighters were on the scene for several minutes making sure the fire in the home was completely out.

Perry Township Fire Chief Jessica Voorhies did not know what caused the vehicle to catch on fire.