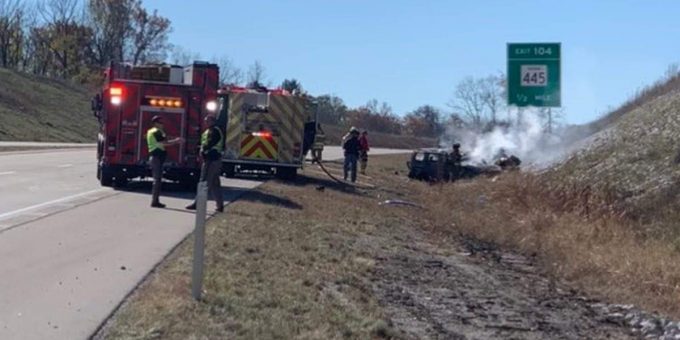 (BLOOMINGTON) – Emergency personnel from several agencies responded to a traffic accident in the the southbound lane of I-69 south of Bloomington near the 105 mile marker.

The occupant of the vehicle was able to escape prior to it catching on fire. It is not known at this time the extent of the driver’s injuries.