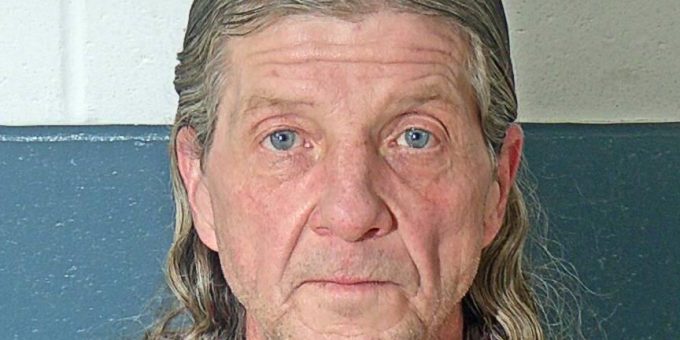 According to a probable cause affidavit, on September 9, 2020 a Bedford Police officer was called to Walgreens after a report of possible child pornography located.

The manager told police she called the department on September 1, 2020 after similar photos were requested to be developed by David Wilson. In that case police determined the female was 18 years old.

The manager told police she located other photos that Wilson requested to be developed at that time.

Those photos were lewd and of graphic content of a 17 year old female.

The photos were seized and taken to the department and a detective opened an investigation.

On September 14, 2020 police spoke to the 17 year old female and her mother. The juvenile denied knowing about the photos and stated that Wilson had taken photos in the past of her but none were “inappropriate”.

On September 15, 2020, police received a call from the 18-year-old female reporting she didn’t know that Wilson had taken the nude photos of her and she had found more photographs in Wilson’s closet. She told police she and Wilson had gotten into a fight because Wilson has tried to have sex with her in the past. She told police Wilson had attempted to hold her “hostage” and she had messaged on her phone to prove it.

The teen was to meet with detectives, but never showed up. The teen was contacted by police and she again did not show up for the interview. Police attempted to contact the teen multiple times with no response from her.

On October 6, 2020, when the detective came on duty, there was an envelope for him that contained photographs and a note for the detective to call the teen. She also said there were other photos of the other girls in Wilson’s closet.

Police attempted to the call the number, but it was not in service.

Police requested a search warrant for Wilson’s home. On October 8, 2020 police went to Wilson’s home and he answered the door.

Wilson told police the 17-year-old teen was his best friend and they had been friends for several years.

When asked if he knew the girl was just 17, he said yes but she would be 18 in April. He told police he never had sex with the teen and never lied to her.

Wilson told police he takes his photography “very seriously” and that he’s
never taken any nude photos of the teen.

When asked about the other teen Wilson told police “She is 18 and she’s a bit different.”

When asked if he took any photographs of that teen before she turned 18, Wilson said “no.”

He then stated he doesn’t like anyone to see his pictures, and “I don’t even look at them.” He then claimed the girls will eventually want the pictures back. When asked if he’s ever given any of them back, he said no.

When asked how and why the pictures were taken, Wilson told police “it just kind of fell into place.” When asked to elaborate, Wilson stated both girls wanted money and they insinuated for him to take the pictures. On numerous occasions, David stated he has not had sex with either teen nor did he want to. When asked how many times he thought he had taken photographs of the teens he said it was five times with one of the girls.

When asked where the other photos of the girls were located Wilson said in his closet.

Wilson told police they would find more photos of the 17 year old on the undeveloped film in the disposable cameras but they weren’t nude
photographs.

Also located in Wilson’s bedroom was a clear plastic bag containing marijuana and a multi-colored smoking device with burnt residue.

Located in another bedroom was another clear plastic bag with marijuana and a smoking device, grinder, and a cylindrical container that contained marijuana.

Throughout all the photo albums that were located at Wilson’s residence,
three different albums contained inappropriate pictures of both teens.

The undeveloped disposable cameras were taken to the Indiana State Police Lab for development.

When officers returned to the station the 18 year old teen arrived to speak to detectives.

She told detectives that in the past Wilson has attempted to have sex with her. When she said him no, he told her she cannot leave until he at least “gets something.” That is when she would let Wilson take photos of her so he would let her leave. She then went on to identify several photographs of herself that were taken when she was younger than 18. The teen also confirmed that Wilson has paid her money for photographs and as offered to pay her for sex but never presented money in attempt to pay for sex, he has just told her he would give her money if she had sex with him.

She then told police Wilson has not let her leave when she’s wanted to and held her against her will. However, she couldn’t recall exactly when this happened, and it was never previously reported. She claimed he
gets on these “spurts” and holds her and the other girl “hostage.” When asked why she thought the other teen claimed to not know about the photographs, she stated the other teen was scared of what Wilson might
do because he’s held her hostage before. According to the 18 year old the other girl will not go over to Wilson’s home alone anymore.

All of the information was sent to the Prosecutor’s Office and a warrant was issued for Wilson’s arrest.