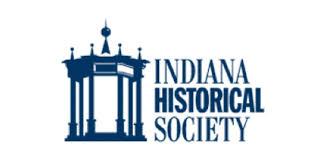 (UNDATED) – The Indiana Historical Society (IHS) is proud to announce the 2020 Founders Day Award honorees. Each year, the Founders Day Awards recognize outstanding individuals and organizations whose efforts have enriched the lives of others by conveying awareness and appreciation of Indiana’s history on local, regional and statewide levels. The IHS will honor Founders Day Award winners during a Nov. 2 virtual celebration hosted on Facebook Live at 6 p.m.

“Founders Day Awards honor the people and organizations who toil in the fields of history to create resources that benefit our state and its many communities,” said Susan Jones-Huffine, chair of the board of trustees of the Indiana Historical Society. “Our history proves that in times like these, we have reason to be hopeful.”

“Hoosiers have a wonderful appreciation and respect for their history,” added Jody Blankenship, president and CEO of the Indiana Historical Society. “I am constantly amazed by the incredible dedication and work that happens across Indiana by local historical societies and individuals — from Evansville to Fort Wayne, and Richmond to Gary.”

Kristin Rentschler, Columbia City
Kristin has been an educator for the past 21 years who is currently a teacher at Columbia City High School. Since 2012, Kristin has been actively and enthusiastically involved with National History Day in Indiana. Each year, she helps 170 students engage in historical research and writing around the topics of their choice.

Mariah Pol, Michigan City
Mariah is an educator at Barker Middle School in Michigan City. Over the years, Mariah has been awarded 12 teacher fellowships, which led her to spend time in places in the U.S. as well as overseas in countries such as Germany, Egypt, Greece, Morocco, Spain, Japan and Korea.

Anita Morgan, Indianapolis
Anita is a senior lecturer of history at IUPUI who is highly regarded by her students. She is the author of numerous articles about Indiana women’s history, including many to mark this year’s 100th anniversary of the women’s suffrage movement and women attaining the right to vote.

Paul R. Mullins, Indianapolis
For the past several years, Paul has been identified as one of the premier scholars of Indianapolis history. He is a professor in the Department of Anthropology at IUPUI. He is also the Past President for the Society for Historical Archaeology and the Charles R. Bantz Chancellor’s Fellow and a Fulbright Scholar at the University of Oulu in Finland.

Connie Weinzapfel, New Harmony
For 20 years, Connie was the Director of Historic New Harmony, and prior to that, she served for 10 years as Director of the New Harmony Gallery of Contemporary Art. She has made significant contributions to the awareness and appreciation of New Harmony’s history and its unique place in the history of the southwest region of the state.

Dixie Kline Richardson, Ellettsville
For more than 50 years, journalist and genealogist Dixie Kline Richardson of Ellettsville has been conducting local history and genealogical research. She is the author of Baynard Rush Hall: His Story, the only biography of IU’s founding professor. Since the 1960s, she has written more than 250 articles, including some that were published in the Indianapolis Star, and has never stopped writing and sharing original regional material about Owen, Greene, Monroe, Sullivan and Clay counties.

Daughters of the American Revolution – Caroline Scott Harrison Chapter, Indianapolis
One outstanding project is the Vietnam Veterans Day Memorial and Commemorative Event, organized by the Caroline Scott Harrison Chapter of the Daughters of the American Revolution. As part of the chapter’s 125th anniversary year, this group held an exceptional event on March 29, 2019, on Vietnam Veterans Day.

Eva: A-7063, a documentary, and the accompanying Eva Experience, created by Ted Green Films and WFYI Public Media, Indianapolis
This is an award-winning documentary about Eva Mozes Kor, a Holocaust survivor from Terre Haute. The documentary was the result of two years of intensive research, worldwide filming and interviews. To date, it has been aired more than 1,000 times by PBS stations across the United States and Germany.

Reverend Marvin Chandler: Open to the Moment, created by Gudaitis Production, Bloomington
This one-hour documentary describes the life of an outstanding African American minister, musician and leader. It is a compelling story of a Hoosier who has demonstrated his love of music from an early age and was inducted to the Indianapolis Jazz Foundation Hall of Fame in 2003. Gudaitis Production is a Bloomington-based production company led by David Gudaitis, Larry Laswell, and Alan Backler.

Indiana Council for the Social Studies for its 2019 Annual Conference, “How Hoosiers Exemplify Our World: Activists and Innovators and Diplomats,” Bloomington
Based in Bloomington, the Indiana Council for the Social Studies is a premier organization in the state for social studies education resources and support, promoting these through academics and scholarship.

Reece H. Thompson/Colored Cemetery Restoration and Preservation Project, Lebanon
The Thorntown Colored Cemetery Restoration and Preservation Project was spearheaded by Reece H. Thompson. This nearly forgotten cemetery, located in Boone County just west of Thorntown, dates back to the mid-19th century, shortly after the end of the Civil War.

Libby Cierzniak, Indianapolis
Libby is a regular feature writer for the website Historic Indianapolis.com under the column Indianapolis Collected. She is a long-time collector of Indianapolis-related antiques and ephemera.

Barbara Brown-Meyer Young, Boonville
Barbara wears many hats — including researcher, historian, journalist, photographer and “an all-around kind and caring lady from Boonville.” Her historical research primarily focuses on the history of Warrick County and spans six decades of work. She continues to amaze people in her hometown with the volume of material she writes and shares with her community.

Anita Morgan, Indianapolis
A senior lecturer in history at Indiana University-Purdue University at Indianapolis, Anita is the winner of the 2020 Dunn Award. Her article, “‘Working together … there is nothing we cannot accomplish’: Indiana Women Win the Vote,” appeared in the Winter 2020 issue and examined how Hoosier women finally captured the right to vote in 1920 and their experiences casting their first ballots.

For more information about the Indiana Historical Society, call (317) 232-1882 or visit www.indianahistory.org.