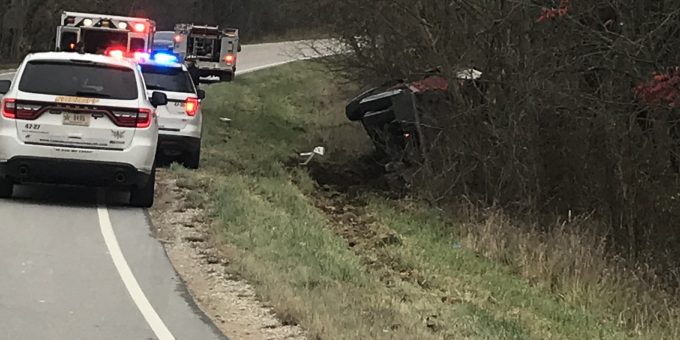 (SPRINGVILLE) – A dump truck overturned on State Road 58 West at the intersection of Armstrong Station Road on Tuesday afternoon.

According to a Lawrence County Sheriff’s Department report, the accident was reported at 1:39 p.m.

Police say 64-year-old David Haste, of Mitchell, was driving a Flynn & Sons Excavating 199 Mack tri-axle dump truck and was traveling around a corner around 55 to 60 miles per hour when a vehicle suddenly stopped in front of the dump truck.

Haste said he attempted to stop the dump truck but the truck was loaded with 22 tons of rock and the truck was too heavy to stop. The truck traveled off the roadway and flipped.

Haste was treated at the scene by medical personnel but refused transport to the hospital.

Weaver’s Wrecker service uprighted the truck and towed it from the scene.

The road was closed for several hours while crews cleaned up the accident scene.