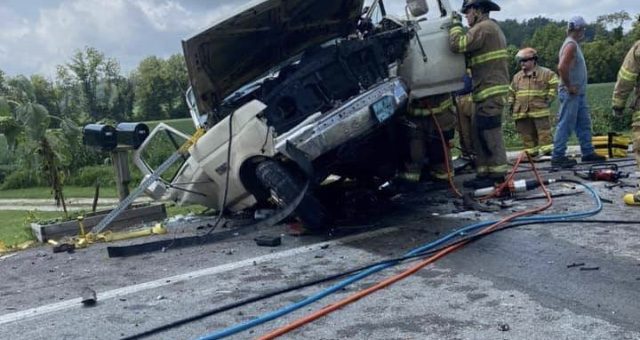 Upon arrival, evidence at the scene indicated that there was a head on collision between two vehicles.

One of the vehicles was a white Ford F350 driven by 72-year-old Donald Mattox, of Hardinsburg, and the other vehicle, a black Chrysler 200, was driven by 29-year-old Shaylah Shepard, of Bedford.

Mattox was pronounced deceased at the scene.

Shephard was transported via Washington County Ambulance Service to the University of Louisville hospital for treatment of serious injuries.

This crash is still under investigation by the Washington County Sheriff’s Department and the Indiana State Police reconstruction team.