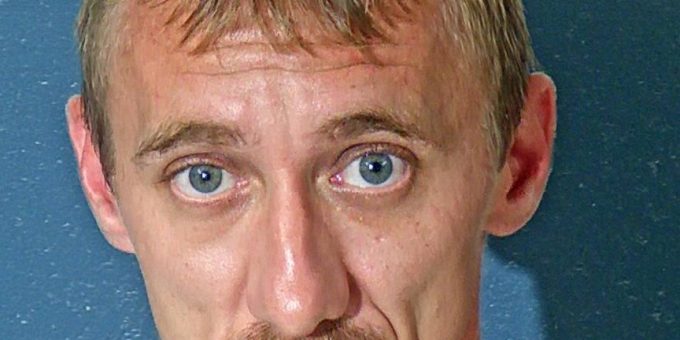 (BEDFORD) – A Bedford man was arrested on charges of intimidation with a deadly weapon and criminal recklessness with a vehicle.

Lawrence County Police deputies arrested 33-year-old Michael Collins after a warrant was requested for his arrest.

According to a probable cause affidavit, on Friday, August 14th at approximately 6:48 a.m. a woman called the Sheriff’s Department dispatch center to report a black SUV swerved to hit her as she entered her vehicle. She said the vehicle was being driven by Collins.

Officers were alerted and responded to the 120 block of Lafayette Avenue in Oolitic.

The woman who was visibly shaken told police she had went out to get into her vehicle when she saw a black SUV traveling north on Lafayette Avenue. The driver, Collins, swerved to the left towards her direction and she was almost hit by the vehicle.

The woman told police that she and her daughter had been threatened by Collins in the past.

The two told police Collins was upset because the daughter had been talking to Collins’ wife.

The daughter told police Collins had threatened her life and has come in to her place of employment.

Collins works for North Lawrence Water Company and allegedly sat in his work truck watching their house for two nights.

The woman told police Collins has stood in the street in front of her house screaming and yelling at her and her daughter.

On August 15th officers went to Collins’ house on Treslar Street in East Oolitic to speak to him about the incident and found a black GMC Acadia in the driveway.

No one would answer the door. Police also reported the alleged drug use by Collins to the Department of Child Services.

Later that same day police went back to Collins home and spoke to Collins.

Collins told police he did not know the woman and said that the woman’s daughter was involved in a romantic relationship with his wife. He admitted he drives on Lafayette Avenue every time he leaves to see if his wife is at that house. He denied being at the house the day of the incident.

Collins did admit to going to the house and seeing his wife’s vehicle there and knocked on the door because his wife had not been home for two days. He said the woman that answered the door asked him to step into the street which he did. His wife refused to speak to him and he left.

This information was forwarded to the Lawrence County Prosecutor’s Office and a warrant was issued for his arrest.