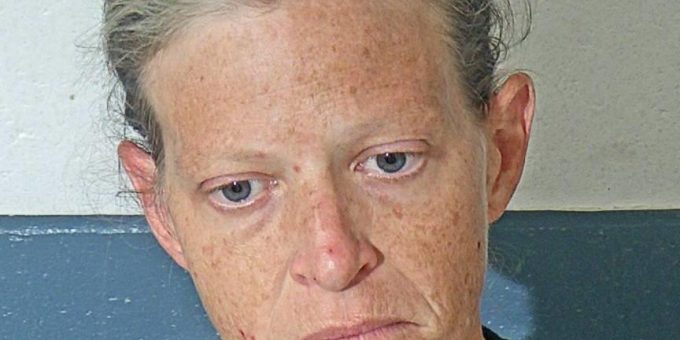 (BEDFORD) – A Mitchell woman was arrested Tuesday night after a Bedford Police officer stopped her vehicle at 18th and M streets for an equipment violation.

According to Chief Terry Moore, while the officer was speaking with the driver, 40-year-old Lori Brumage, she gave the officer consent to search the vehicle.

“While stepping out of the vehicle Brumage handed the officer a white bottle saying there was meth and LSD inside it,” said Chief Moore. “Officers also located heroin, marijuana, and drug paraphernalia inside the vehicle.”

Brumage showed signs of impairment and consented to a blood draw after performing poorly on field sobriety tests at the Bedford Police Department. Those results are pending.