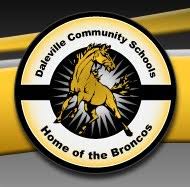 (DALEVILLE) – State auditors have determined a central Indiana school district should repay $2.2 million for failing to properly supervise two online charter schools accused of padding their enrollments by about 14,000 students over eight years.

According to a state audit released in February, Indiana Virtual School and Indiana Virtual Pathways Academy wrongly received $68.7 million in state payments by improperly claiming students as enrolled between 2011 and 2019 even though they had no online course activity.

State auditors cited “Daleville’s lack of meaningful oversight and monitoring may have contributed to ineligible students being included” on enrollment reports, resulting in the overpayment of per-student funding to the online schools.

The state audit of the online schools found they inappropriately paid nearly $86 million to companies linked to the schools’ founder or his associates.

“Had Daleville implemented proper oversight procedures in accordance with (state law), Daleville may have discovered that education service providers were used, conflicts of interest existed, and there was a lack of structural independence,” the state report said.

Leaders of the Daleville schools, a district of about 1,000 students near Muncie, disputed the report’s findings, maintaining that the district played no role in the erroneous enrollment reports and didn’t have access to data about the online schools’ students until August 2018 because of concerns about federal student privacy laws.

Indiana Virtual School and Indiana Virtual Pathways Academy had complete responsibility for the state funds they received and Daleville officials were the first to raise questions about the enrollment figures, Daleville Superintendent Paul Garrison said in a statement to The (Muncie) Star Press.

“Whatever misdeeds IVS and IVPA leadership may have perpetrated was done alone and in the dark, hidden from view until DCS uncovered their alleged scheme and blew the whistle to the proper government agencies,” Garrison said.

The state audit of the online schools released in February was given to federal and state authorities for possible criminal violations. A federal grand jury subpoena to the schools in August 2019 was included in documents released last year, but the U.S. attorney’s office in Indianapolis has declined to comment.

Both schools, which had a shared administration and last year reported about 7,200 students, shut down last summer after state education officials cut off funding.