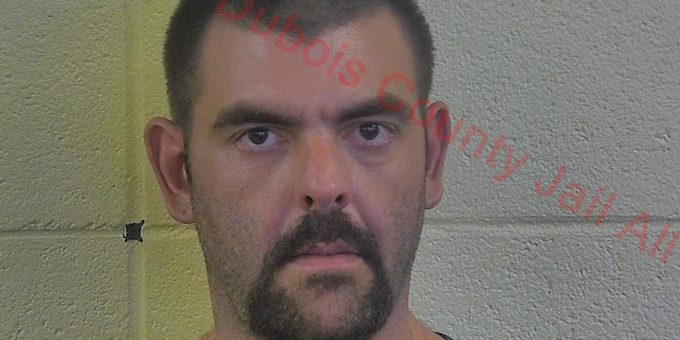 (UNDATED) – Jasper Police arrested a Jasper man Wednesday night after he ran over a woman with his truck, causing her death.

Police arrested 32-year-old Joshua Rominger on charges of for leaving the scene of an accident causing death while intoxicated.

Rominger is accused of running over a woman with the rear wheel of his pickup truck while leaving the scene of a domestic disturbance in the 1300 block of Newton Street in Jasper. Police say Rominger and the woman were in a verbal dispute. The incident happened around 6 p.m.

The name of the woman has not been released.

Police say he failed to stop.

Less than an hour later, the woman was pronounced dead at Jasper Memorial Hospital.

Rominger was later located and taken into custody in Paoli.

Police say Rominger was under the influence of marijuana and was transported to the Dubois County Jail where he is being held without bail.