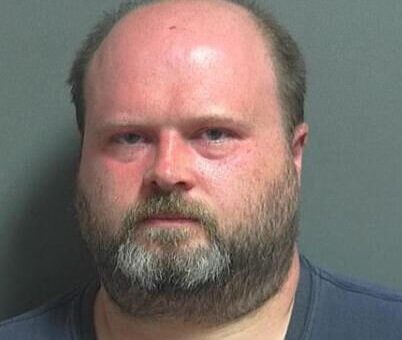 (JASONVILLE) – A Jasonville man was arrested last week after he was caught on video molesting and raping a 12-year-old girl.

Passen is facing two counts of child molesting and a count of rape when compelled by force or imminent threat of force. He is being held in the Greene County Jail on a $95,000 surety bond with ten percent cash allowed.

Passen was arrested after police were called to a home in Jasonville after a request to speak to an officer.

When police arrived they found Passen and two women standing in the front yard. The two women advised police a sexual encounter had occurred between Passen and a 12-year-old child earlier that morning around 5 a.m. at Passen’s residence on Sycamore Street in Jasonville.

Sheriff Van Horn said that without any prompting, Passen admitted to the crime saying he “did it.”

Around Noon that same day, police executed a search warrant at Passen’s residence. Evidence was gathered at the home along with the video which captured the entire incident.

A forensic interview of the alleged victim was conducted at Susie’s Place in Bloomington and according to a probable cause affidavit, the child described what occurred in detail.