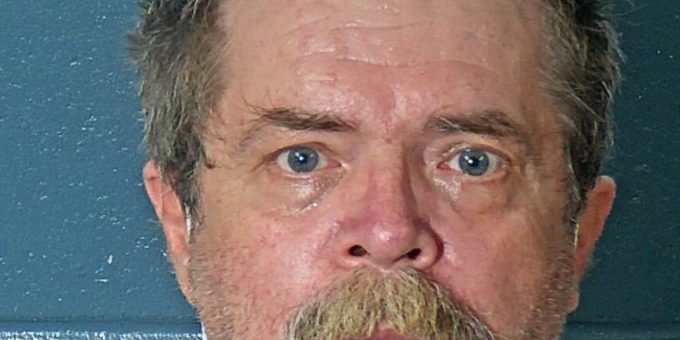 (MITCHELL) – A Mitchell man was arrested Thursday on a warrant charging him with theft after he was stealing electricity from Duke Energy.

According to a probable cause affidavit, Indiana State police were watching a home in the 300 block of West Frank Street after a report of someone growing marijuana.

The home is owned by 59-year-old Robert Gammon.

Trooper Robert Whyte stated the resident had every window covered which is consistent with indoor marijuana grows due to climate and light control for the growing process. The home also had no trespassing signs up and beware of dog signs up but there was no sign of a dog.

What caught the trooper’s eye was the electric box was missing the glass counting box that tells the power company how much power you are using.

“This is consistent with an indoor grow due to the high power consumption needed to grow marijuana indoors. People tend to fraud the utility company to show less usage,” Trooper Whyte wrote in his report.

Trooper Whyte learned that Duke Energy reported the home had no electrical power since July 2018, but yet power was going to the home because a window airconditioner was running.

Trooper Whyte meet with a Duke Energy employee at the home and they discovered Gammon was stealing power by shoving two welding rods into the box to make a connection and allow power to flow undetected. Duke Energy then shut off the power and calculated the cost of the stolen electricity.