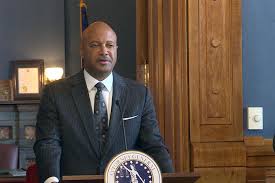 “The Indiana General Assembly has a record of passing legislation that safeguards women’s health and protects the lives of unborn children,” Attorney General Hill said. “I will always consider it an honor to vigorously defend state laws aimed at such essential objectives.”

In its ruling, the court held that Indiana has a rational basis to inspect abortion clinics more frequently than other health care facilities because abortion clinics do not have private accrediting organizations. The court also cited the serious violations uncovered in the case of the late abortion doctor Ulrich Klopfer, who stored aborted fetuses in his garage and automobiles and generally operated unsafe abortion clinics. His violations might have been discovered sooner had annual inspections of his clinics taken place.

With regard to Indiana’s requirement that doctors report complications resulting from abortions, the court claimed Indiana’s laws contained language that was unconstitutionally vague.

The court’s ruling is attached.