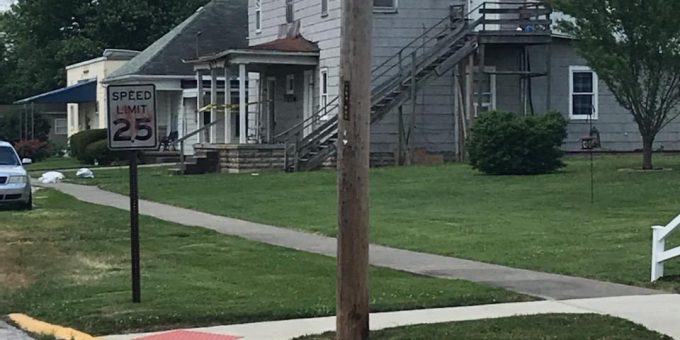 (MITCHELL) – On Sunday at approximately 12:15 p.m., Mitchell Police officers responded to the 900 block of West Warren Street after a report of a fight.

While officers were en route, they received information that there was a stabbing.

When police arrived officers found that 21-year-old Tavion Lamb and 23-year-old Kyle White had suffered multiple stab wounds to their torsos and legs.

An officer immediately applied a tourniquet to White’s leg in order to stop the profuse bleeding.

Both men were flown to a Louisville trauma center.

Police then began searching for the individuals involved.

A short time later, officers located 25-year-old Conan Farley in the 700 block of Mississippi Avenue where he was arrested. Farley had taken his grandfather’s vehicle without permission. Police recovered that vehicle in the 600 block of Main Street and found marijuana and drug paraphernalia in the vehicle which Farley said belonged to him.

Police then received information that 27-year-old Dillon Shaw was in the area of Trail Lane. Shaw was arrested without incident. Shaw is facing charges of residential entry, false reporting, and criminal recklessness.

This is an ongoing investigation and anyone with information is asked to contact the Mitchell Police Department at (812) 849-2151.