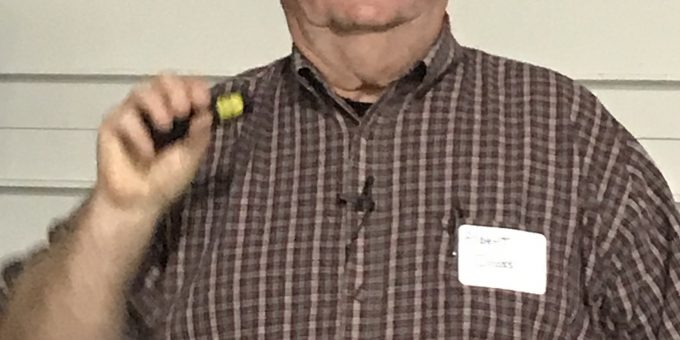 (FAYETTEVILLE) – The first public meeting of the Lawrence County Independent Schools was held Thursday night at the Fayetteville Baptist Church.

The first meeting had parents from several areas throughout Lawrence County attended. However, most were from Indian Creek Township and Perry Township in the western part of Lawrence County.

The formation of a small group of individuals started following the vote of North Lawrence Community School members to close Fayetteville, Heltonville, Springville, and Stalker Elementary Schools January of this year.

Instead of taking the defeat, the group decided that there were other ways to offer better education choices and keep their schools within the community.

The members of the group toured several charter schools throughout the area including in Bloomington, Ellettsville, Ottwell, and Graysville Indiana to name a few.

The population between Indian Creek and Perry Township is around 4,000 residents. The close proximity to Crane also will give other residents throughout Lawrence County an opportunity to utilize both schools.

During the presentation, Albert Cross made the following statement. “The school is the heart and it represents the future of our community.”

Instead of busing children several miles away to other locations, why not try and have a school remain within miles of their home. For most Perry Township residents, the students would only be less than four miles from any home in Perry Township.

If the group can get the Indian Creek Township Trustee Gary Scherschel to acquire Fayetteville School it will give Indian Creek and Spice Valley Townships the choice of a school remaining in close proximity to their home.

Albert Cross Board Chairman, Lawrence County Independent Schools led a presentation laid out the process of becoming a charter school. As well as, how the charter school would be financed and be managed by the board.

Lawrence County Independent Schools is not a private school but a public school in which there will be no tuition charged to parents. The funding for the students for the next school year is estimated at $7,100 per student.

The charter authorizer is Education One – Trine University in Angola, Indiana. The vision is to provide high-quality educational opportunities for students in the State of Indiana, through the authorization of schools with an innovative approach to education.

The plan is to provide a K-8 School Organization which will depend on enrollment numbers of the school. At this time there have been several people expressing interest in the newly formed charter school. If they are able to obtain Springville Elementary School many parents who work at Crane can drop their child off at the school and go on to work.

The school intends to be open at 6:00 a.m. and close at 6:00 p.m. providing both before and after school programs.

The guideline principles include:

The curriculum can be adapted to the student’s needs. With a licensed teacher and full-time Instructional Assistant in each K-4 classroom. As well as, a strong emphasis on early reading skills.

The classroom size will be much smaller and providing more teacher-student interaction.

The learning matrix includes the parent, student, and teacher.

There are four steps to become a charter school in Indiana:

Lawrence County Independent Schools Hopeful To Get Both Elementary Schools:

However, Under Indiana Code, the township must be offered the properties after the schools have decided they no longer want to use the buildings.

The Fayetteville, Heltonville, and Springville have bonds still on the buildings. The North Lawrence Community Schools and Perry Township Trustee have entered into discussions on the school property.

In Indian Creek Township trustee Gary Scherschel has not expressed interest in the buildings. However, Scherschel is a bus driver for the North Lawrence Community Schools Corporation.

The only Indian Creek Township official to attend last night’s meeting was Bruce Reeves, Indian Creek Township Advisory Board Member. A member of the public asked when could a public meeting be held by township officials to discuss the plans for the Fayetteville Elementary School. Reeves responded by saying ” You would need to contact the township Trustee Gary Scherschel and ask him to those questions,”said Reeves.

The public was able to ask questions regards to athletics, transportation, and those with disabilities.

For more information, you can go to the LCIS Facebook page or go to info@lcis.education.