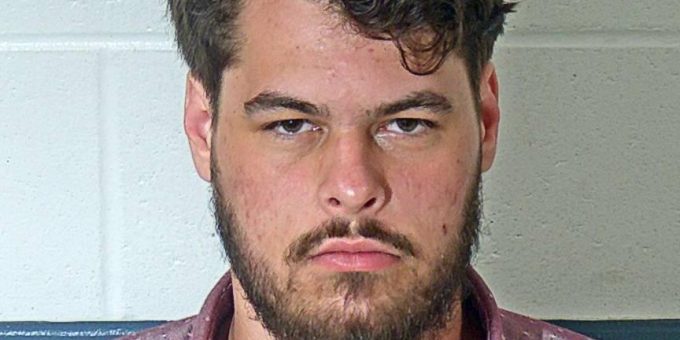 (BEDFORD) – A Mitchell man was sentenced to prison this morning after pleading guilty in a negotiated plea deal to dealing narcotic drugs.

Superior Court I Judge John Plummer III sentenced Jacob Roach to 8 years in the Department of Correction. Five years will be serviced and three years were suspended and will be served on probation.

Roach was arrested on Friday, May 10, 2019 after Indiana State Police and the Mitchell Police Department investigated a report of heroin dealing at a home on Moffatt Road in Mitchell.

The search resulted in the seizure of heroin, drug paraphernalia, and other evidence of dealing.

Troopers discovered that drug dealing was being done in the presence of a small child under the age of five.

Sgt. Curt Durnil says the Department of Child Services was contacted and arrangements were made for the safety of the child.

Roach and Goodman were transported to the Lawrence County Jail.