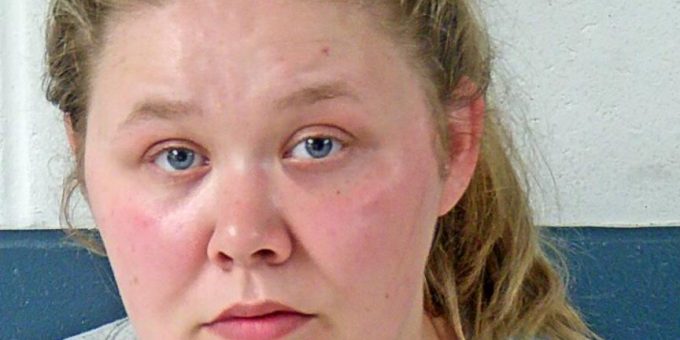 (BEDFORD) – On Monday, June 1 a woman came to the Lawrence County Sheriff’s Department to report her debit card had been stolen and someone was using it at various stores from Mitchell to Bloomington.

More than $1,100 was withdrawn from the account for purchases at Wendy’s in Mitchell, Bedford Walmart, CVS Pharmacy, and McDonald’s in Bedford in addition to many other stores and restaurants.

The card was canceled when the owner of the card found out about the fraudulent charges.

Police went to the Bedford Walmart and CVS Pharmacy and obtained security footage of 20-year-old Hannah Blake using the card.

The owner of the debit card told police she knew Blake and had let her use the card one time because Blake didn’t have any money. Blake was to give the card back and the owner thought Blake had. When the woman discovered the fraudulent charges she asked Blake if she still had her card and Blake said that she did not.

Blake told police she used the card by accident, however, police said more than $1,100 worth of purchases over several weeks could not be an accident.

The information was forwarded to the Prosecutor’s office and a warrant was issued for Blake’s arrest on a charge of theft.