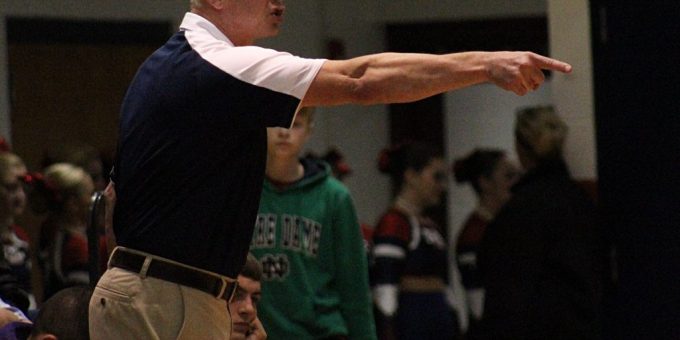 BEDFORD – What, to quote the Grateful Dead, a long strange trip it’s been, this 2019-20 sports season. From the unbelievable, to the unpredictable, to the unfathomable, it’s been a compilation ranging from the fantastic to the frightening.

Championship trophies were won, seasons were lost. Memories were made, cherished moments were stolen forever. As it ends, we’re grateful for the light at the end of the dark tunnel as we steer back toward normal.

One thing is certain: 2020 will never be forgotten.

Here is the list of the year’s top moments at Bedford North Lawrence, each memorable or dramatic in scope, each worthy of a time capsule:

10. Ursula Patton qualifies for swimming state finals – Patton, a junior, won the 500-yard freestyle sectional race, breaking her own school record in 5:22.67. She finished 31st in the state meet.

8. BNL football rallies for win over Jeffersonville – The Stars trailed 20-0 early in the third quarter, then fought back for a thrilling 23-20 victory as the Red Devils missed a last-minute field goal.

Dalton Nikirk sparked the comeback with a touchdown pass and the go-ahead touchdown run with 3:57 left.

7. Addyson Bailey advances to golf state finals – Bailey finished 47th in the state meet at Prairie View Golf Club, posting a second-day 85. She reached the state meet with a 76 during the regional at Country Oaks.

6. Boys basketball posts back-to-back wins over Jeffersonville and Floyd Central – The Stars, under first-year coach Jeff Hein, surpassed a lot of expectations as they contended for the Hoosier Hills Conference title.

They got in that position with two outstanding wins, the first a 61-60 road victory over the Red Devils. Kooper Staley ignited the triumph with a career-high 26 points (including 6 3-pointers). BNL backed up that upset with a 49-43 home victory over the Highlanders as Brayton Bailey scored 21 points and the Stars battled back from an 8-point deficit in the fourth quarter.

BNL finished second in the HHC and capped the season with a 15-10 record.

Bailey, who signed with the University of Saint Francis in Fort Wayne, averaged 20.5 points, 7.7 rebounds and 5.6 assists as a senior. He was named Class 4A All-State, and he recorded triple-doubles against New Palestine and Corydon.

3. Jeff Allen named coach of Indiana All-Stars – Allen, who has guided the Stars to a sectional title in each of his six seasons at the helm, became the third BNL coach to be named to head the Indiana All-Stars.

The annual All-Star series with Kentucky was cancelled because of the coronavirus epidemic.

Madison Webb and Chloe McKnight scored 15 points each, while Gracie Crulo-Rood played a major role as defensive stopper on East Central star Josie Trabel in the second half.

BNL reached the final with a 55-40 conquest of Evansville North in the semifinal. Webb had 16 points and Irye Gomez added 13.

The Stars (21-6) fell to eventual state champion Lawrence North in the semistate at Jeffersonville.

1. Coronavirus forces cancellation of spring sports – The Indiana High School Athletic Association, following the announcement of the closure of all Indiana schools through the end of the 2019-20 school year, cancelled all spring sports on April 2.

The IHSAA also cancelled the conclusion of the boys basketball state tournament, costing the last three rounds of the series.

When Indiana governor Eric Holcomb extended the schools shutdown past the original May 1 date, the IHSAA had no choice but to follow suit as its member schools act as the hosts for the state tournament series in all sports.