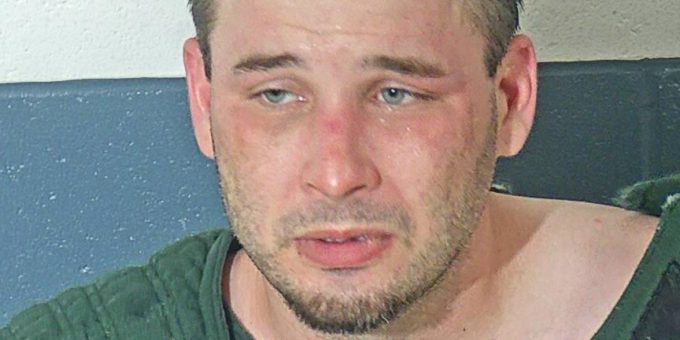 (BEDFORD) – Lawrence County Sheriff’s Department deputies arrested 30-year-old Dennis Mundy early Monday morning after they were called to the 200 block of Ingram Road after a report of a suspicious person.

“After some effort, he awakened and was asked to step out the vehicle,” said Chief Deputy Aaron Shoults. “Upon investigating further Mundy claimed to be in the driveway of his parent’s residence and then stated that he was unsure how he had driven to this location.”

An ambulance was called to the scene but Mundy refused to be transported to the hospital for a medical evaluation.

A deputy transported Mundy to IU Health for a blood-draw after he refused to perform field sobriety tests.

“While at the hospital he became uncooperative with staff and officers and refused to cuff up, yelling and pulling away from the officers,” added Chief Deputy Shoults. “After a struggle to gain control of Mundy he was placed in cuffs and transported to the Lawrence County Jail.”

Mundy was arrested on charges of resisting law enforcement, disorderly conduct and being a habitual traffic offender.